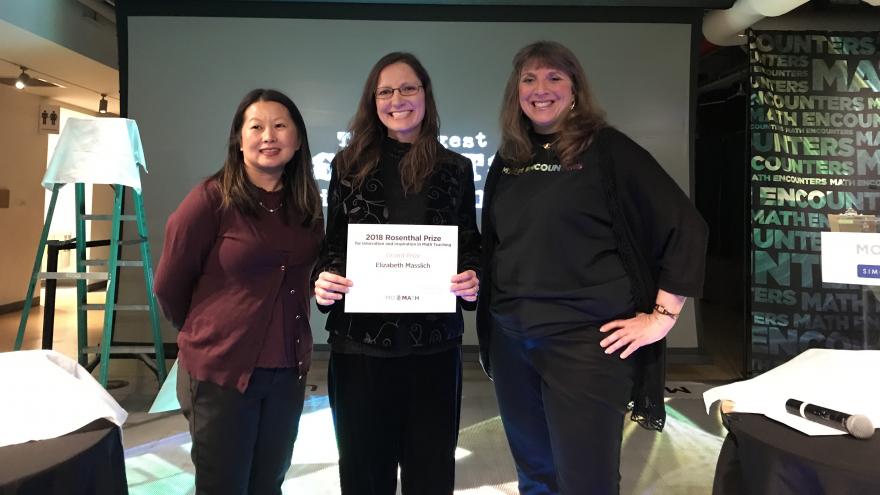 (CBS 58) – A Cedarburg High School teacher was awarded $25,000 from the National Museum of Mathematics in New York.

Elizabeth Masslich placed first for the 2018 Rosenthal Prize for Innovation in Math Teaching. The program was established in 2012 to recognize and promote distinguished hands-on math teaching.

According to a press release, Masslich’s lesson “Geometry Project: DARTBOARD” teaches geometric probability using shapes on a dartboard and allows students to determine the area taken up by each shape.