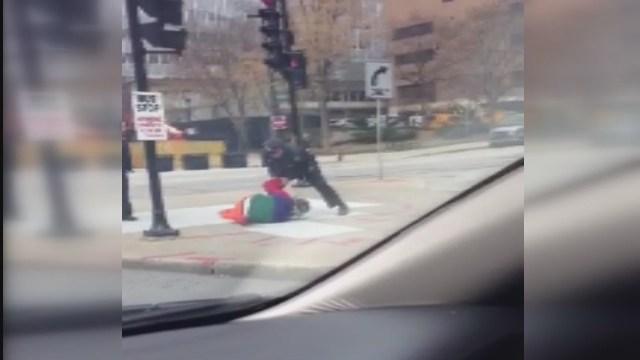 Former Milwaukee Police Officer Christopher Manney has been the focus of protests since he fatally shot Dontre Hamilton in Red Arrow Park on April 30, 2014. Many including the Hamilton family are looking for criminal charges to be filed against Manney for the shooting. CBS 58's Investigative Reporter Sarah Barwacz obtained Manney's personnel files, and found a few other instances where Manney used force on the job.

In 2006, Manney had a incident that began like his run in with Dontre Hamilton that took a very different turn. Manney and another police officer approached a man lying in a blanket in downtown Milwaukee that pulled a gun on both officers. A nearby security guard screamed \"gun\" and Manney took control of the subject's arms.

You may remember a viral video from 2012 of a Milwaukee police officer fighting an activist dressed like a clown. That activist was one of six complaints filed with the Police and Fire Commission, including some for unnecessary use of force. All five complaints were dismissed, except for one. He had to be retrained for telling Shirley Gilmore to \"shut the 'f' up and sit down.\"

His file shows he was trained for gangs, drugs, and interrogations and had positive community letters saying quote, \"He always treated citizens with respect and professionalism.\" In his own words he said he \"produces good arrests with little or no supervision.\"