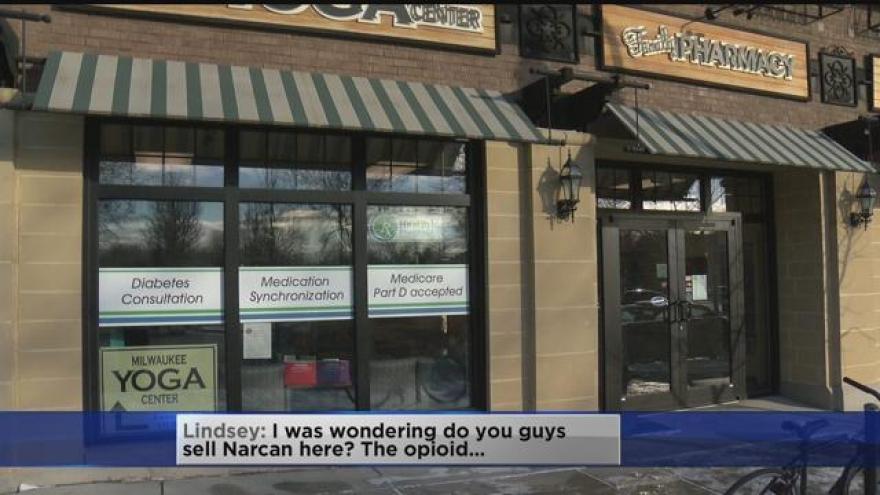 A new law says family and friends of addicts now have a way to save the life of their loved one.

And there's one drug that's kept her alive.

“I've had narcan used on me twice. I've used it on four different individuals,” said Davis.

Naloxone, commonly known as narcan, reverses the effects of an opioid overdose and there's no other drug that does what it does. These days most ems workers in Wisconsin carry the drug.

The law names narcan allowing pharmacists to dispense the drug without a prescription.

Dr. Sellhatin Kurter, an addictionologist, said the change will benefit family members and others close to addicts

But while all the pieces are in place we wanted to see how easy it was to get narcan over the counter.

Half of the CVS pharmacies we checked with say they don't have it either.

“I don't believe we have those. No,” said one CVS pharmacy.

We reached out to CVS corporate. It said Narcan should be available. If it's not stocked on shelves, ask the pharmacist.

They'll order it and have it the next day.

once you have your hands on it, paying for it may be another snag.

“he last two or three years the price has increased dramatically

Dr. Kurter said the price spike is because of demand.

“There's not a lot of companies making it. and when that dynamic occurs, prices go up and market forces take over,” said Kurter.

For example, just a year ago the Milwaukee County EMS Program paid $11.50 for a dose.

Davis sees one thing happening if the price continues to go up.

“I think that we'll probably see a lot more heroin related deaths is what it comes down to,” said Davis.

CBS 58 found out, if you can't pay for narcan, there is another option.

Local needle exchanges have it available for free.

Also, Walgreens told us today it will supply it over the counter by the end of the year.

Krogers which also owns Roundy's, also, has plans to make the drug available.