CBO Report Says 14 Million More Would be Uninsured by 2018 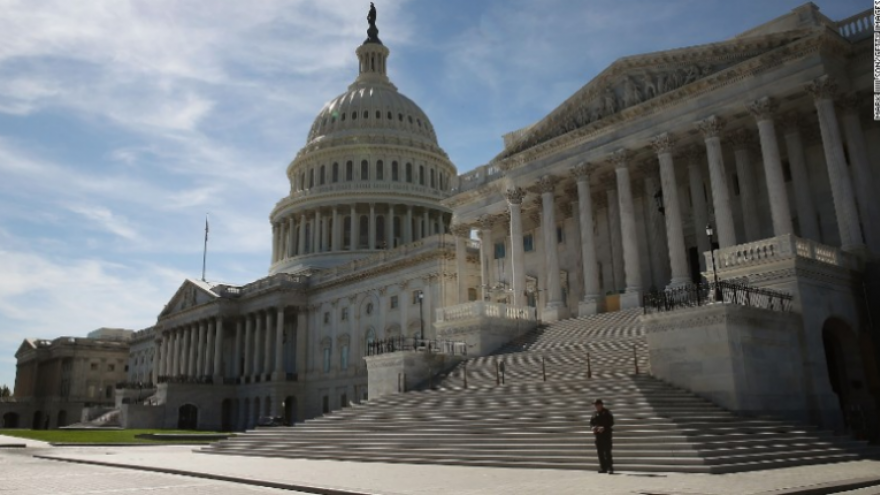 CBO says that by 2018, 14 million more people would be uninsured under the legislation than under current law.

According to the CBO analysis, the legislation would reduce federal deficits by $337 billion over the next decade, with the largest savings coming from reductions in Medicaid outlays and the reduction of Affordable Care Act (ACA) subsidies.

Average premiums will go up in 2018 and 2019, CBO says, because “fewer comparatively healthy people” are expected to sign up, since the individual mandate will have been eliminated. However, by 202, that increase in average premiums is expected to be offset, so that in 2026 the average premiums for single policyholders in the non-group market would be 10 percent lower than they are under Obamacare, the CBO says.

The CBO’s long-awaited cost analysis of the House GOP leadership plan, which included estimates on the number of people expected to be covered, will likely affect Republicans’ chances of passing the proposal. Millions more would be uninsured, CBO estimated.

“CBO and [the Joint Committee on Taxation] estimate that, in 2018, 14 million more people would be uninsured under the legislation than under current law,” the CBO report says. The number of uninsured would increase to 21 million in 2020 and 24 million in 2026.

Republicans pushing a plan to dismantle Barack Obama’s health care law had been bracing for a CBO analysis that was widely expected to conclude that fewer Americans will have health coverage under the proposal, despite President Donald Trump’s promise of “insurance for everybody.”

House Speaker Paul Ryan said Sunday on “Face the Nation” that he fully expected the CBO analysis to find fewer people were covered, since the GOP plan eliminates the government requirement to be insured.

But Ryan and Trump administration officials vowed to move forward on their proposed “repeal and replace” plan, insisting they can work past GOP disagreements and casting the issue as one of “choice” in which consumers are freed of a government mandate to buy insurance.

GOP opponents from the right and center are already hardening their positions against the Trump-backed legislation. House conservatives vowed to block the bill as “Obamacare Lite” unless there are more restrictions, even as a Republican, Sen. Tom Cotton, R-Ark., warned the plan would never pass as is due to opposition from moderates.

“Do not walk the plank and vote for a bill that cannot pass the Senate and then have to face the consequences of that vote,” Cotton said. “If they vote for this bill, they’re going to put the House majority at risk next year.”

The president is optimistic about GOP chances of passing a health care bill, tweeting Monday, “Republicans will come together and save the day.”

At a listening session Monday, Mr. Trump said the new plan “lowers cost, expands choice, and ensures access for everyone.”

The GOP legislation would eliminate the current mandate that nearly all people in the United States carry insurance or face fines. It would use tax credits to help consumers buy health coverage, expand health savings accounts, phase out an expansion of Medicaid and cap that program for the future, end some requirements for health plans under Obama’s law, and scrap a number of taxes.

House conservatives have been openly critical of the GOP plan. Rep. Jim Jordan, R-Ohio, a co-founder of the House Freedom Caucus, has criticized the plan as an unacceptable form of “Obamacare Lite.” He and other caucus members want a quicker phase-out of Medicaid benefits and are opposed to proposed refundable tax credits as a new entitlement that will add to government costs.

Members of the caucus will meet with White House officials on Tuesday. They expressed hope that Trump is sincere in expressing a willingness to negotiate changes, criticizing Ryan for his “take it or leave it” stance.

“I’m not for this plan and I think there’s lot of opposition to this plan in the House and Senate,” Jordan said. “Either work with us or you don’t end up getting the votes. That’s the real choice here.”

But pressuring the White House on the opposite side were moderate Republican governors and senators, who said Trump needed to allow for continuing Medicaid coverage for the poor.