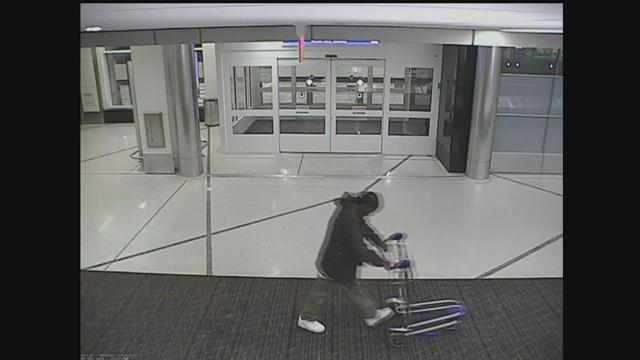 A man was caught stealing luggage from Mitchell International Airport.

Video shows the man caught in the act.

The accused thief got away with $8500 of luggage, and ran out to the bus.

Records show Austin made off with a Nike bag, an Eagle Creek suitcase, and a Samsonite garment bag by taking the city bus.

Records say Austin not only flagged down the bus, he made two trips across the street to load the bags, a shock for this traveler.

"I didn't realize the city bus pulled right up in front of here it's kind of surprising that somebody could steal some baggage and get to the bus stop," said Janell Robinson, a traveler.

The thief was eventually caught in the act at the airport after security approached Austin.

Austin was charged with a felony theft charge.