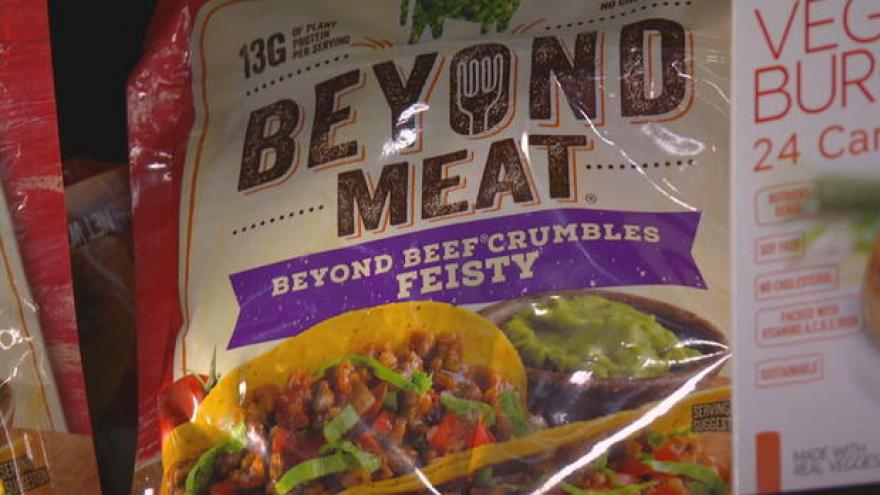 (CBS NEWS) --  The nation's largest cattle industry lobby group is fighting to defend the traditional meaning of the word "meat." The U.S. Cattlemen's Association filed a petition last month with the Department of Agriculture arguing that "lab-grown and plant-based products should not use the terms 'meat' or 'beef'" on their labels.

Kelly Fogarty, whose family has raised Black Angus cattle for five generations, represents hundreds of ranchers as the executive vice president of the U.S. Cattlemen's Association. For them, defining meat is easy.

The association is concerned about the increase of animal-free products that have names like beef-less ground beef.

The Cattlemen's federal petition argues "the labels of 'beef' or 'meat' should inform consumers that the product is derived naturally from animals as opposed to alternative proteins such as plants…artificially grown in a laboratory."

But Ethan Brown, the CEO of Beyond Meat says it's time to rethink that definition.

At Beyond Meat's Los Angeles-area lab, Brown's team is working to replicate the texture, color and sensory experience of eating a traditional hamburger.

"I think it's a mistake to dictate to the consumer what language they can use," he said.

This isn't the first fight over food labeling. Dairy farmers have, so far, been unsuccessful in their battle to make the word "milk" exclusive to products from cows. In some stores, these animal-free alternatives are currently sold alongside their competitors.

"We just don't want there to be any confusion when it comes to our product," Fogarty said.

Meat alternative sales were up six percent last year and are valued at around $500 million, but that's still crumbs compared to the real meat industry which makes more than $50 billion annually. The USDA says it's considering the cattle rancher's petition and could finally decide which foods meet the definition.

"The consumer is moving in a direction where they say, 'Look if I can continue to eat meat but it's a plant-based meat and I know I get all these benefits, health, environment, animal welfare, etc. – why wouldn't I do that?'" Brown said.