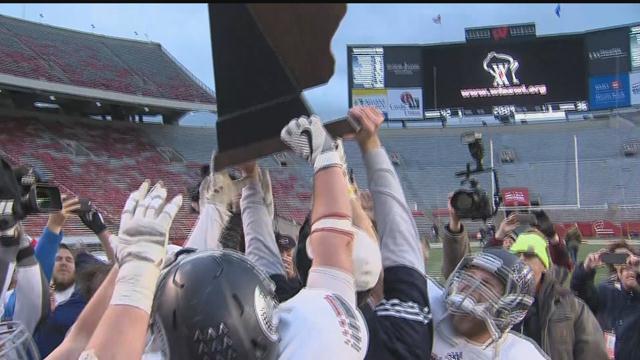 An exciting Friday of football at Camp Randall for high school football teams and their fans.

Local schools provided some real excitement up until the championship moment.

In Division 2, Brookfield East pulled off a comeback to win the program's first ever state title in football.

Sam Santiago-Lloyd, the Brookfield East Running Back, had 198 rushing yards and new state record of five touchdowns on the ground.

Waukesha Catholic avenging last year's loss in the final to win their state title in Division 3.

They capped a 14-0 season. A new school record.

Franklin is trying to pull off a monumental upset.