Catholic High School Teacher Accused of Having Sex with Student 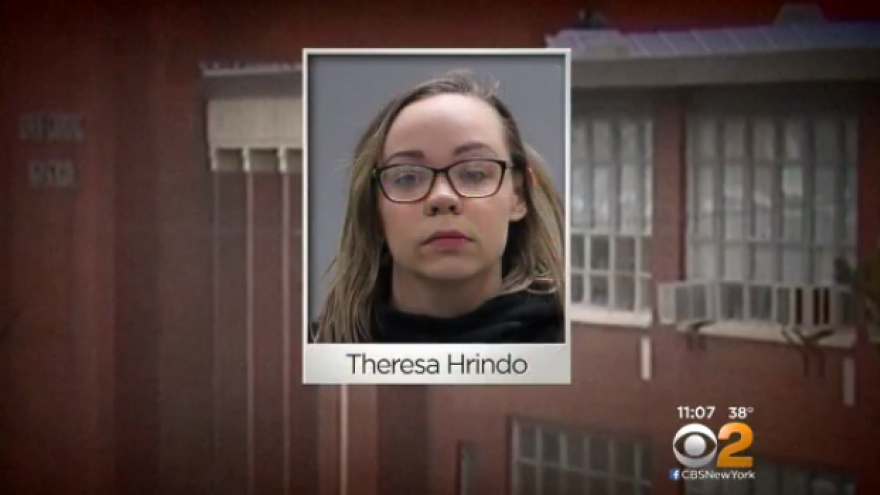 ELIZABETH, N.J. -- (CBS NEWS) A teacher at a Catholic high school in New Jersey is accused of engaging in a sexual relationship with a student.

Hrindo, 25, allegedly engaged in sex acts with the student from Dec. 2016 through Feb. 2017, prosecutors said.

The matter was brought to the attention of law enforcement by the Catholic Archdiocese of Newark.

In a letter sent home to parents, archdiocese spokesperson Thomas Berrios said the school immediately suspended Hrindo from her position and is fully cooperating with law enforcement.

“We take most seriously our responsibility to provide a safe environment at Roselle Catholic for the young men and women you place in our care, and we believe that the actions we have taken are measured and appropriate at this time,” the letter said.

Alicia Ruiz’s daughter graduated from a nearby Catholic school.

Hrindo’s mother said nothing to CBS New York in defense of her daughter Friday night outside their Linden, New Jersey, home, where the technology teacher, who also graduated from Roselle Catholic in 2010, was arrested Thursday.

In a hearing on Friday, a judge released Hrindo on the conditions that she not contact the student and not return to the classroom.

The most serious charge against Hrindo carries a term of up to 10 years in prison, prosecutors said.