Casey Anthony Judge: She Probably Killed her Daughter -- by Accident 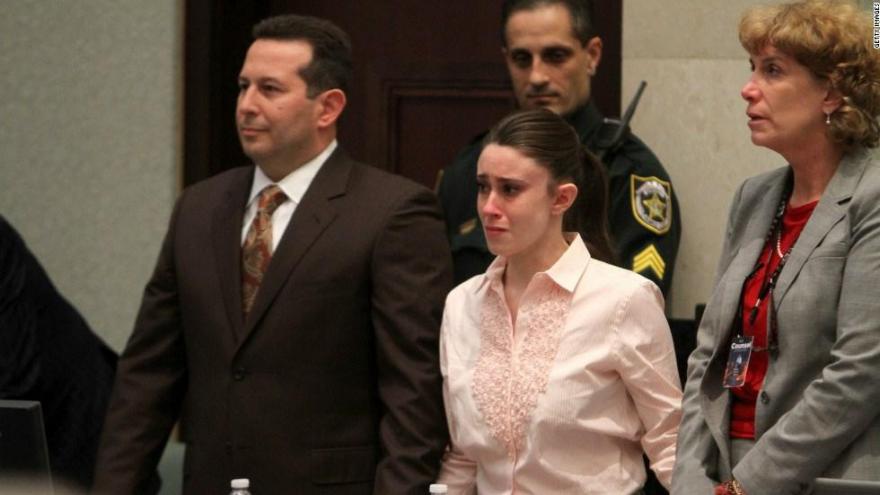 (CNN) Casey Anthony was "more than likely" the person who used too much chloroform that killed her 2-year-old daughter, the former judge who presided over the case told HLN on Thursday.

Belvin Perry, a retired Florida judge who is now an attorney, told HLN's "On The Story" that he thinks the death of Caylee Anthony was the result of someone overdosing the child with chloroform, which is banned in the United States as an anesthetic.

"It's quite evident that whoever did this, and more than likely it may have been Casey, used too much (chloroform)," he said, pointing to high levels of the chemical in the trunk of her car.

But he said he thinks the absence of evidence of abuse leads to the conclusion that Caylee's death in 2008 was "purely accidental."

During Anthony's trial, covered by media from around the world, prosecutors alleged she killed Caylee by using chloroform and covering her nose and mouth with duct tape, and that she put her body in the trunk of her car before dumping it in the woods.

The defense said Caylee drowned in the Anthony family pool on June 16, 2008, and that Casey Anthony and her father, George, covered up the death.

On July 5, 2011, a jury found Anthony not guilty of first-degree murder, aggravated child abuse and aggravated manslaughter of a child, while convicting her of four counts of providing false information to law enforcement. Two of the convictions were later overturned on appeal.

The former judge said he found Anthony to have two different personas in court. One was for the 12 people deciding her fate.

"Casey in the presence of the jury was very calm, very easygoing, mild-mannered, in a very sympathetic-appearing person," he said.

When the jury wasn't in the room, she was very different.

"She was quite in charge, quite demanding and quite manipulative," he said.

Belvin did not fault the jury for its decisions.

"The jury did what the jury did and there are various views as to how this evidence could be perceived," he said. Belvin said there was evidence for a first-degree murder conviction, but it depended on perspective.

Looked at through different lenses, he said, the evidence also supported a conviction for second-degree murder or for manslaughter.

Or jurors could have said they didn't know what happened.

HLN reached out to Casey Anthony's attorneys but didn't receive an immediate response.

Casey Anthony told CNN in 2012: "Obviously I didn't kill my daughter. If anything, there's nothing in this world I've ever been more proud of, and there's no one I loved more than my daughter. She's my greatest accomplishment."