Cars still getting stuck in snow 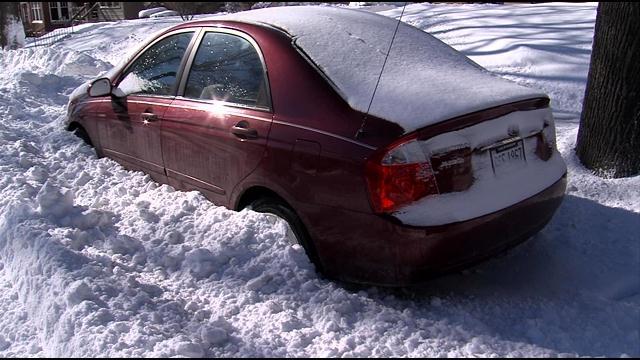 Sunday's storm exposed us to just how easy it is to get stuck in snow.

\"I'm here waiting to get to work,\" said Taylor Betters, who lives in Milwaukee's eastside.

For Betters getting to work depended on his neighbor.

\"My neighbor is stuck in the driveway,\" said Betters. His car was blocked in because his neighbor, Megan Lux's car was stuck.

Lux is one of many who needed help after getting stuck due to the snow over the last few days.

\"Its definitely frustrating,\" said Lux. She was able to get out after her father showed up to help her.

Lux gave CBS 58 advice in order to prevent getting stuck, or getting a neighbor stuck after shoveling, \"Talk to each other and say, you'll shovel that way and I'll shovel this way.\"

The Department of Public Works also wants to remind the public there is a new drop-off location for snow near 27th Street and Hopkins.