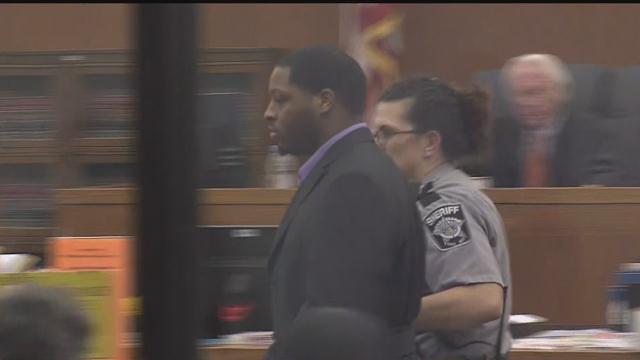 Carl Barrett was found guilty in all four counts.

He was charged with 3 counts of endangering safety, for the Laylah's grandparents and sister that weren't injured and 1 count of homicide for Laylah Petersen’s death.

The jury was sent off around 11:00 AM to deliberate.

As the lawyers had their last chance to speak to the jury before deliberation, the defense said Carl Barrett had no motive, the witnesses lied on the stand, and said the second shooter wasn't Carl Barrett, but Divonte Forbes.

Forbes was in the car when the shooting happened, but was not charged in Laylah Petersen's death.

The state says the other shooter had the motive, but argued Carl Barrett was the "back up man" he had a gun and would use it if anyone asked.

Two other men were charged in Laylah Petersen's death. Arlis Gordon, the other gunman pled guilty to a reckless homicide charge last week.

Paul Farr, the driver of the car, testified in Carl Barrett's trial, and will be sentenced next month.