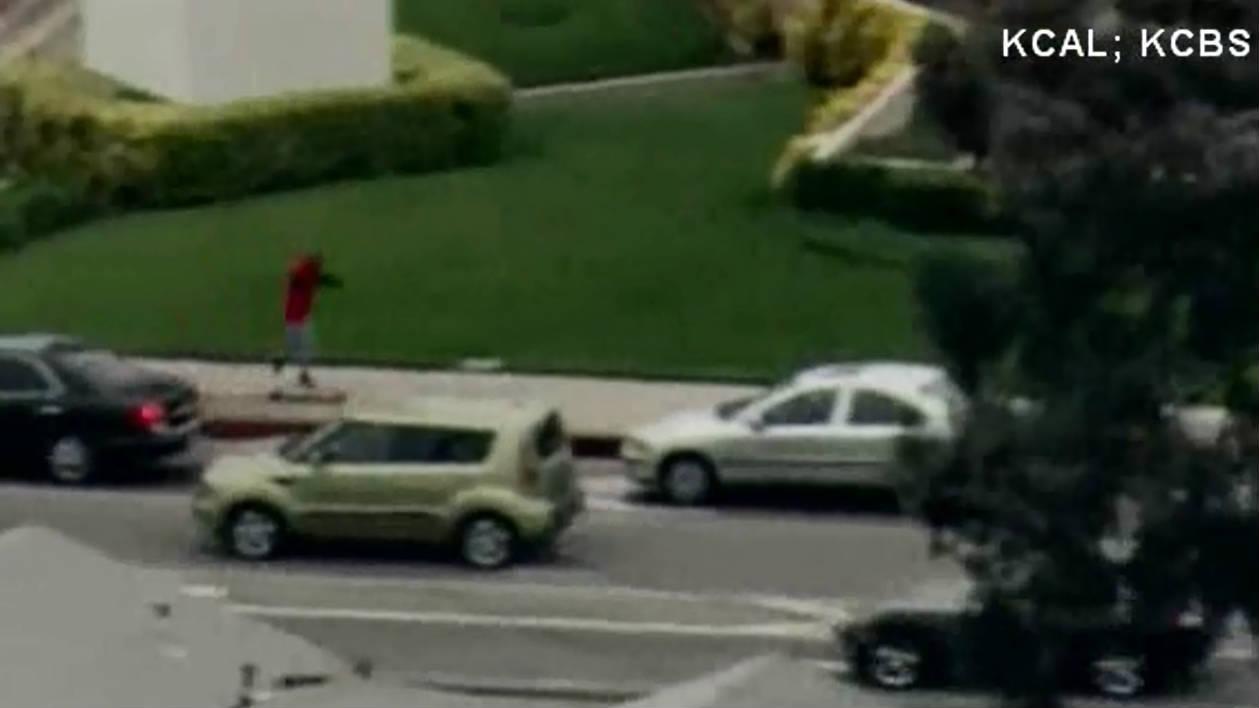 The auto theft suspect can be seen skateboarding away from police before running on foot. A good Samaritan named Lou Pizarro used his pick up truck to block the alleged auto thief and end the chase. \"It was just instinct just to block the guy off, and slow him down a little bit.\"

Police say the suspect was wanted for stealing a black BMW. Watch the chase video with great commentary from the helicopter reporter above.