Car insurers are giving billions back to drivers. It still may not be enough 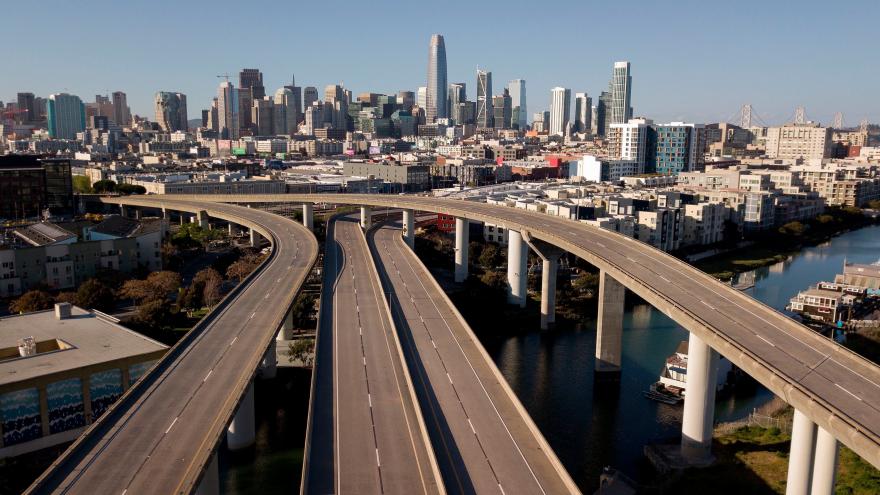 (CNN) -- With most of the country operating under stay-at-home orders, drivers are spending less time on the road -- which means fewer accidents and insurance claims.

Now the top 10 insurers, who together own 72% of the market, have all announced programs to return more than $7.5 billion to their customers in coming weeks.

But some watchdog groups say insurers could -- and should -- be doing more. The industry is saving tens of billions of dollars during the pandemic, they say, even after subtracting the payments being made to policyholders.

"It's good the industry is broadly participating in these credits," said Dan Karr, the CEO of ValChoice, a data analytics company that acts as an insurance industry watchdog. "However, all of these discounts, rebates and credits are still dimes on the dollar compared to how much profit Covid-19 is likely to deliver to auto insurance companies."

The top 10 insurers collect annual premiums of $178 billion, according to the Insurance Information Institute. Claims data isn't yet available for the weeks since the pandemic caused roads and highways to empty out -- but given the historical data for the relationship between accidents and traffic, it's likely the amount being returned to policyholders will be only a fraction of what the insurers might save from reduced claims, saidKarr.

The amounts being returned range from about 15% to 25% of premiums, for periods as short as a month at Farmers Insurance Group of Companies to as long as six months at Geico.

State Farm, the industry leader, announced Thursday night it would return 25% of premiums for a period of 10 weeks, from March 20 through the end of May. That amounts to an estimated $2 billion in reduced premiums for customers. State Farm, a mutual insurance company owned by its policyholders, refers to the payment as a dividend.

"We insure more cars than anyone and we see from our claims activity people are driving less," said State Farm CEO Michael L. Tipsord in a statement. "This dividend is one of the ways we're working to help our customers during this unprecedented situation."

No. 2 Geico is giving back even more: a total of $2.5 billion through credits on six months of insurance coverage when current policyholders renew their policies or new policyholders sign up.

Most of the insurers also announced other programs to help policyholders, including allowing them to defer premium payments and a moratorium on canceling policies for nonpayments.