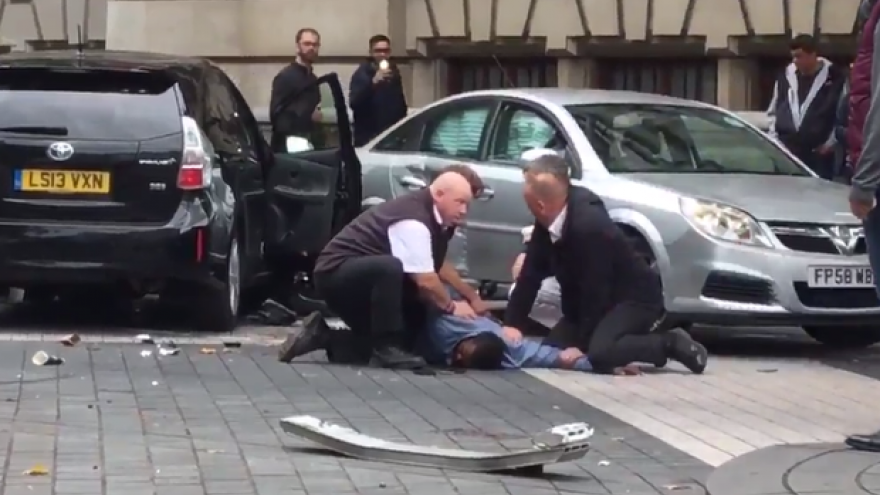 LONDON (AP) — The Latest on a car that hit pedestrians outside of London’s Natural History Museum (all times local):

The London Ambulance Service says 11 people have been injured when a car crashed into pedestrians outside the Natural History Museum.

Deputy Director of Operations Peter McKenna said Saturday that nine of the injured were taken to the hospital for treatment, most with leg and head injuries.

The incident caused panic on the crowded street outside the museum on Saturday afternoon. Police have not said if it was related to terrorism. One man was detained at the scene.

Workers in a cafe near London’s Natural History Museum say they fled the scene in panic after a car hit pedestrians in the street outside.

Marilin Mueller, 20, said she thought at first it was a traffic accident Saturday but that “loads of police cars” arrived shortly after. She says “all of these police came marching down saying, ‘Move, move.’ They said, ‘you need to evacuate.’”

Dieon Rurora said people were running down the street to get away and some fell over. He says “It was quite scary.”

Many shops in the museum district were evacuated and the museum was shut down as police tried to determine if there was a threat to the public. Police have not said if the car crash is related to terrorism.

LONDON (AP) -- London police say emergency services are outside the Natural History Museum in London after reports that a car has struck pedestrians. Police say a number of people have been injured and one person has been detained.

Police said Saturday that more details would be released later