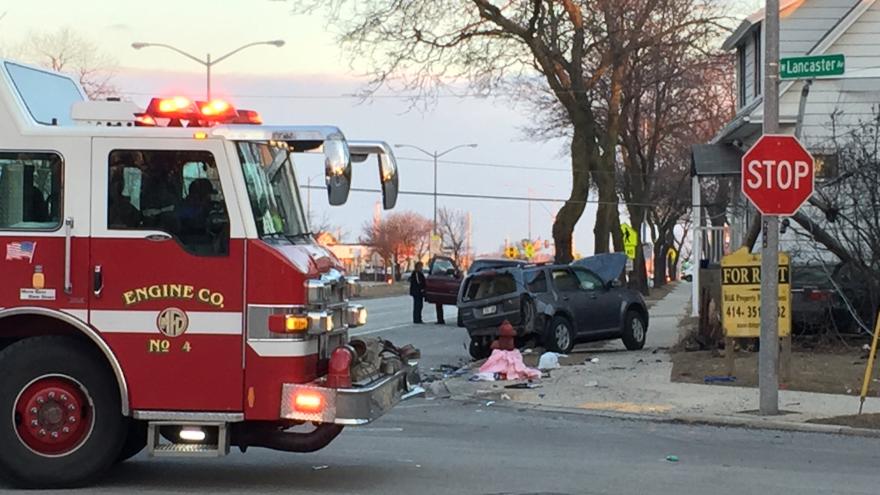 UPDATE (CBS 58) -- An early morning crash and auto extrication escalated as downed power lines ignited a small fire at a nearby apartment complex.

Milwaukee Fire and Police departments were called to a two-vehicle crash near Lancaster Ave. and Appleton Ave. around 6 a.m. Tuesday morning. As a result of the crash, a female passenger was trapped in a vehicle surrounded by downed power lines.

According to the fire department, the female passenger was extricated and transported to a local hospital with minor non-life threatening injuries.

Following the rescue, a small fire sparked to a nearby apartment complex and was quickly put out.

WE Energies reported that nearly 1,400 customers were without power and were on-scene working to repair.

Police continue to investigate the crash.

MILWAUKEE (CBS 58) – A car crashed into an electrical pole Tuesday morning, causing more than 1,000 people to be without power in Milwaukee.

Authorities say the crash happened near W. Lancaster Ave. and W. Appleton Ave. No one was seriously hurt.

The driver was removed from the car and taken to the hospital. The suspect is facing driving charges.

View the WE Energies map for the latest on power outages.