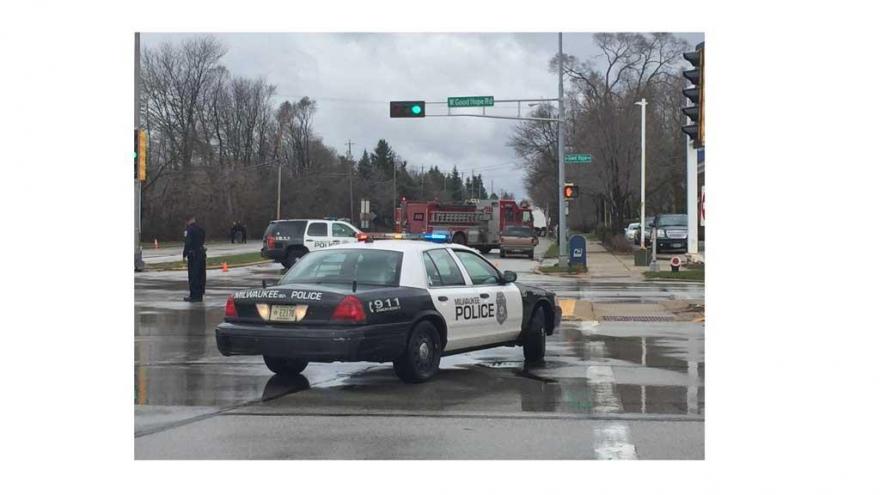 Milwaukee Police are investigating an incident during which gun shots were fired at N. 43rd Street and W. Good Hope Road on Tuesday around 10:45 a.m.

Surveillance video shows a black sedan speeding through a red light at Good Hope Road and 43rd, and striking another car. Witnesses say the driver of that car responded by opening fire on the black sedan.

Surveillance cameras at Jerry's Salvage across the street captured the entire incident.

\"He was involved in an accident that wasn't his fault, and he shot at the guys that ran the red light,\" says Jerry Turriff. \"Then he turned around and came back and shot like 9 more shots.\"

Turriff called police and ran outside, watching the suspected gunman speed off.

The black car remained on scene, but police say the occupants of that vehicle fled on foot.

No one was injured by gunfire but an unoccupied house was struck by bullets.  At this time the incident is believed to be drug related and MPD continues to seek suspects.