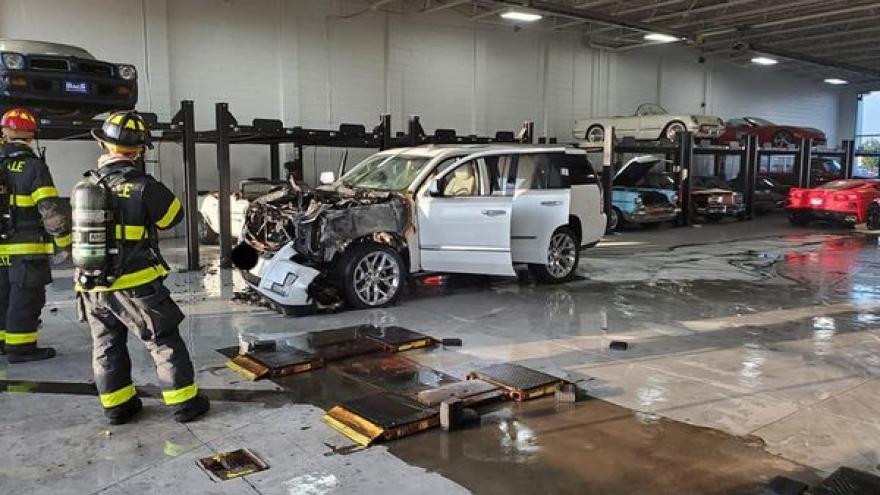 SAUKVILLE, Wis. (CBS 58) -- The Saukville Fire Department responded to a call of a car on fire inside the service center of Eric Von Schledorn car dealership Monday night.

When crews arrived there was a large amount of smoke coming from the garage doors of the service center due to a fire in the engine compartment of a vehicle.

One firefighter was transported to the hospital for serious but non-life threatening injuries.

Crews were able to extinguish the fire and keep it from spreading to any other vehicles or the building.