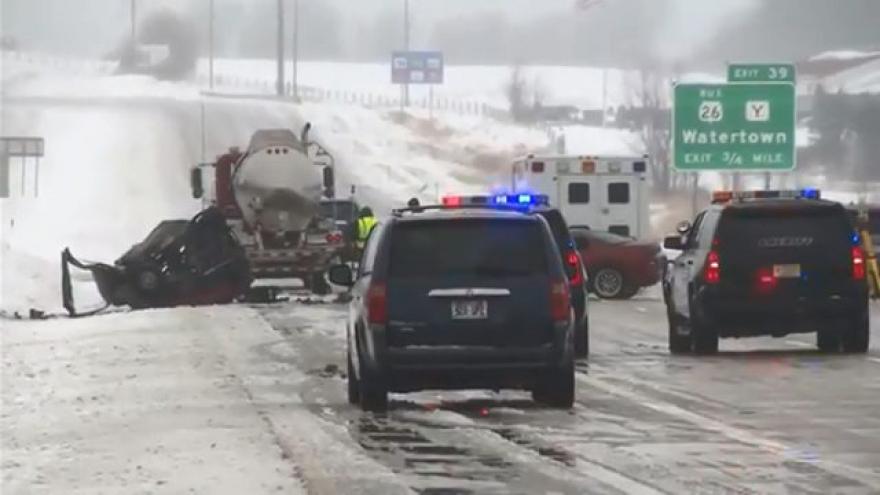 Authorities were called to the area of Highway 26 just south of High Road for a report of a two-vehicle crash.

While deputies were responding, a third vehicle crashed which caused one of the vehicles to burst into flames.

The investigation revealed that a vehicle was traveling northbound when it collided into the rear of a semi-tanker which was also northbound. The driver of the first vehicle sustained non-life threatening injuries.