Candidate running for Treasurer to get rid of it 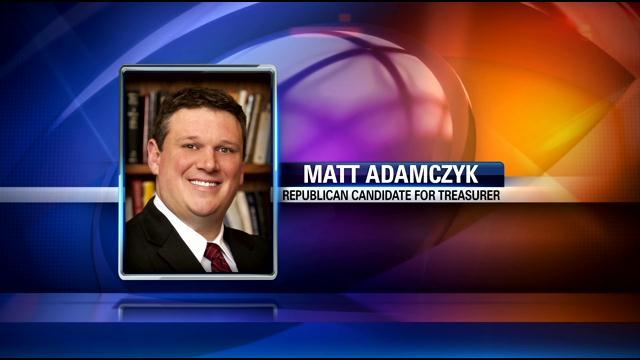 The State Treasurer is one of six statewide offices; it's also the one with the least responsibility.

That's because over the last few years, it's been stripped down and duties have been shifted to other offices and state agencies.

The state can't get rid of the office without a Constitutional amendment. So a bill needs to pass two legislative sessions, then voters need to approve a referendum. Last session, the State Assembly tried to get the first step of that process going by passing a bill with a 67-32 vote to get rid of the Treasurer's office, but the bill was never taken up by the senate. So we will have a treasurer for at least another few years.

Democrat Dave Sartori is one of five people running for the office, and says we should stop talking about getting rid of it. \"The Department of Wisconsin State Treasury is not taxpayer supported, at least up until the last six months, it has been supported by program revenue.\" Sartori said.

Republican Matt Adamczyk wants to be elected so he can completely cut the office's three person staff, push the Legislature to pass bills to get rid of the position, and says he wants to be the last Treasurer Wisconsin ever has.

“It's either going to be myself or Dave [Sartori] elected, the Republican or the Democrat. And if you think this office is wasteful and not worth spending one-million every two years, I do need your vote come November fourth.” Adamczyk said.

Republican State Rep. Tyler August was a co-sponsor of the bill last session, and says if he's re-elected the bill to cut the treasurer will once again be on the Assembly floor.

He says, if voters elect Adamczyk it will be a clear sign to legislators people want the office gone.