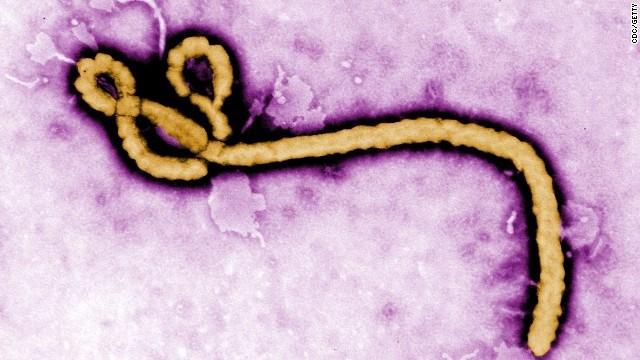 (CNN) -- An employee at a Canadian government-run infectious disease lab may have been exposed to Ebola, health officials said Tuesday.

The incident occurred Monday at a level 4 containment lab at the National Centre for Foreign Animal Disease, which is part of the Canadian Science Center for Human and Animal Health in Winnipeg, Manitoba.

The individual was working with pigs that had been infected with the deadly virus for research purposes. Researchers are trying to understand the immune reaction to the virus in pigs.

In accordance with safety protocols for protection against the highly contagious virus, the employee was donning a protective suit. However, a split in the seam of the protective suit was discovered during the standard decontamination process for leaving the lab, an indication that exposure to the virus may have occurred.

"Our employees are well aware of the risks and how to control them. All proper emergency procedures were followed," said Dr. John Copps, director of the Canadian Food Inspection Agency, the worker's employer.

Ebola is spread through contact with infected bodily fluids. Symptoms can include fever, headache, muscle pain, fatigue, diarrhea, vomiting, abdominal pain and hemorrhaging. These symptoms can begin two to 21 days after exposure.

There is no reason to believe the employee involved in Monday's incident was in contact with the bodily fluids of the infected pig, according to Rebecca Gilman, spokeswoman for the Public Health Agency of Canada.

The employee has begun 21 days of "self-isolation" and monitoring by local health officials.

"At this point, there is no risk to Canadians, to the community or to other employees of the lab, because the individual is not infectious," said Dr. Theresa Tam, deputy chief public health officer of the Public Health Agency. The agency said the information was shared in the interest of transparency.

The individual was offered an experimental Ebola vaccine as a preventive measure. Citing patient privacy, health officials would not say whether the person received it.

This is the first incident involving Ebola in Canada, according to Gilman.

In 2014, the worst outbreak of the virus struck West Africa, killing more than 11,300 people -- most of them in Guinea, Sierra Leone and Liberia. During that outbreak, which was declared a "public health emergency of international concern" by the World Health Organization, seven Americans who had been working there became infected themselves and were transported to the United States for treatment. In addition, two American nurses were infected after caring for a Liberian man who died from the virus in the hospital where they worked. These were the first Ebola patients in the Western Hemisphere.