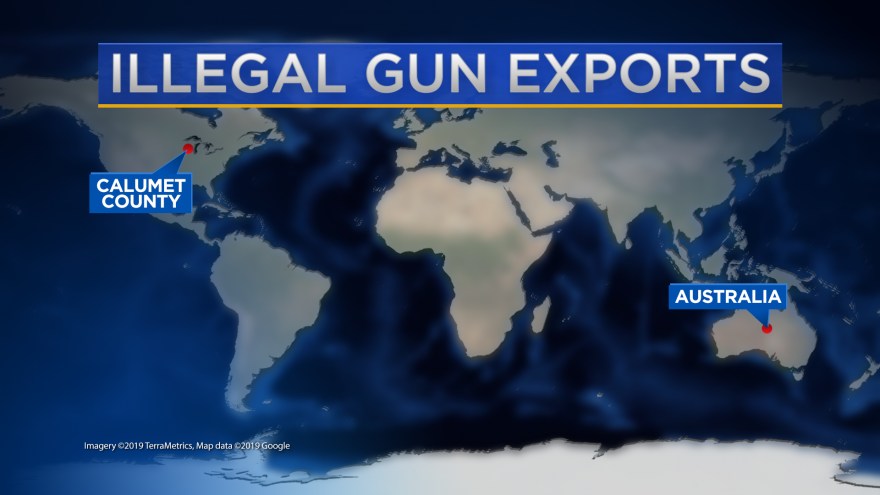 CALUMET COUNTY, Wis. (CBS 58) -- A man from Chilton, Wisconsin will be sentenced after pleading guilty to smuggling guns to Australia.

According to the U.S. Department of Justice, Huebschmann didn't have an export license, and some of the guns are illegal in Australia.

He faces a maximum of 20 years in prison and will be sentenced in early November.