Call for "Kraut Queen" Applications Extended after No One Applies 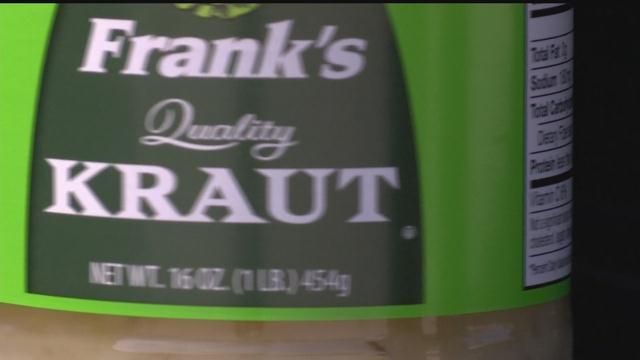 The 2016 Kraut Music Fest is coming up soon - on Father's Day Weekend. The event celebrates all things sauerkraut in the village of Caledonia.

But there's just one problem: until very recently absolutely no young women had applied to be this year's "Kraut Queen" or "Kraut Princess".

Coordinators extended the application deadline to June 1 so they could actually fill these positions.

Secondly, they're making another thing very clear. Even though it is the Kraut Music Fest, applicants do not have to like the taste of sauerkraut.

Some people might call kraut an acquired taste but Melanie Rasmussen said people would be surprised at how many young girls will try it.

Rasmussen is on staff for the Kraut Music Fest. Her title is Kraut Queen & Princess coordinator.

"I think even, yeah, last Monday I had none. Zero," Rasmussen said about the lack in applications.

"It's a pretty picky food item for a lot of young girls so I don't want them to shy away from it for wanting to or not wanting to eat kraut," Rasmussen said.

So applicants are not required to eat kraut - but their are other requirements: princess applicants must be ages 5-8 and and need to fill out application with their hobbies and their school.

"The queen is 15-18-years-old and they have the application in addition to an essay question, community involvement, their hobbies," Rasmussen said.

"I will have them introduce the kraut eating contest on Saturday and Sunday," Rasmussen said.

"It's just who they are. It's just a great little contest. I don't want to call it a pageant even because there's none of that involved. It's just who you are," Rasmussen said.

Cash prizes will be awarded to the winners of the contest. Follow this link to to the application page.

"I think why wouldn't you want to hold the title of kraut queen? Nobody else has it," Rasmussen said.