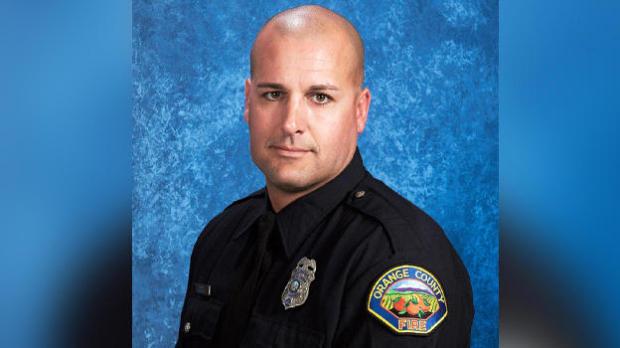 (CBSNews) MISSION VIEJO, Calif. -- A Southern California fire captain jumped from an overpass on to a busy freeway and died in an apparent suicide, authorities said.

Orange County Fire Authority Capt. Eric Weuve, a 41-year-old father of two, leapt on to Interstate 5 on Tuesday, said Larry Kurtz, who is also a captain.

Weuve was killed after being hit by a truck on the southbound side of I-5 at about 11:20 a.m., the California Highway Patrol said.

It wasn’t clear what prompted Weuve to jump from the overpass, CBS Los Angeles reports.

“That’s the question everybody is asking: Why? That’s unfortunately the question nobody has an answer to except Capt. Weuve,” Kurtz told the station.

Weuve was off duty for several months following shoulder surgery, Kurtz told the station. He had recently returned to regular duty.

Weuve’s county fire colleagues were among those who responded to the call of the jumper, and were stunned and grief-stricken when they learned who it was.

“They found a pickup truck on the overpass with firefighting equipment in it,” Kurtz said. “When they got down to the freeway they realized it was Capt. Weuve.”

Kurtz said Weuve, who lived in Huntington Beach and worked out of a Westminster station, was a married father of a 14-year-old boy and a 5-year-old girl.

Department chaplains and trauma counselors have been made available for firefighters, Kurtz said.

Weuve had been in the department since 2005.

County Supervisor Todd Spitzer adjourned Tuesday night’s supervisor’s meeting in Weuve’s honor, urging those in the audience to “remind yourself and your family just how important and precious life is.”