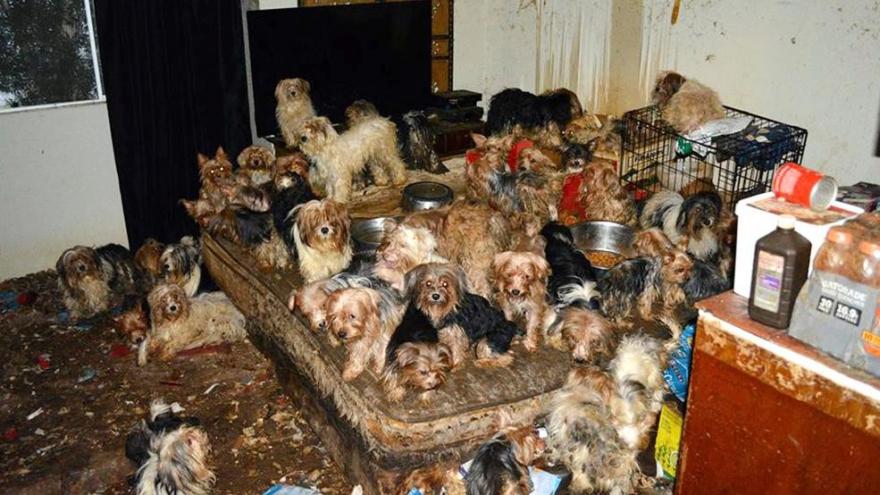 Authorities say Christine Calvert and Mark Vattimo entered pleas Monday to animal neglect. They face probation and counseling and can't own pets for a decade.

Investigators who went to their Poway home in January found dozens of dogs in a dark room. The floor and walls were covered in excrement, and the dogs had a variety of problems, including fleas and matted hair.

About 30 dogs were seized later at another location and another 46 were found in a motor home in Primm, Nevada, where Calvert was arrested after fleeing the state.

The dogs — including puppies born to some of the animals — were put up for adoption.