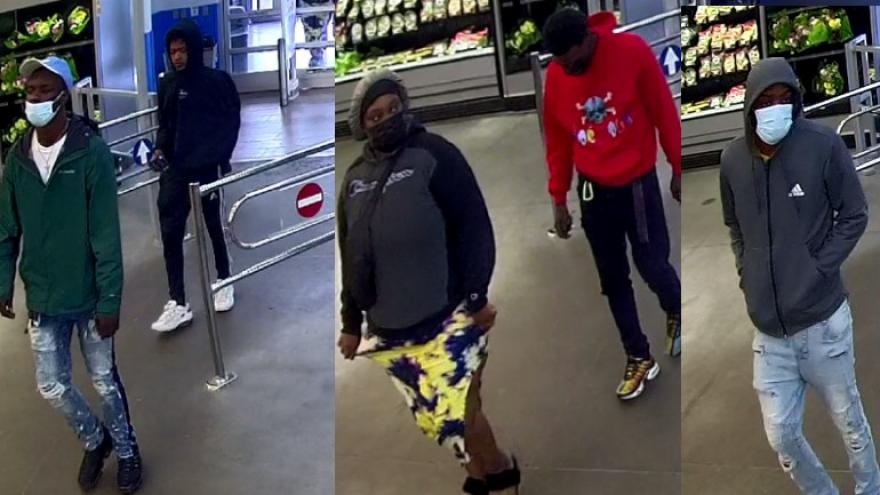 Police say it happened in the areas of Stark and 128th, and 132nd and Cameron.

The suspects were able to enter a car, open the garage door, and enter the home. The suspects located keys for a 2021 blue KIA Saltos with a white top with a Wisconsin plate "144-LWN" inside the home and stole the car. The vehicle is yet to be recovered.

The same suspect vehicle and suspects were seen at a different location in the village. The suspects broke into another vehicle and obtained two purses, money, credit cards, and other items of value. Police say one of the suspects used one of the stolen credit cards at a local Walmart on Silver Spring Drive in Milwaukee.

Police say officers were able to obtain surveillance footage of the suspects at Walmart. However, four out of the five suspects were wearing face masks.