Business could be evicted because of smell of products 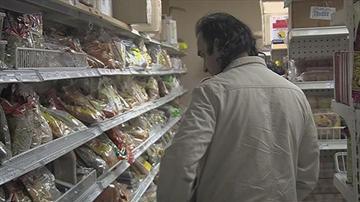 WAUKESHA - A local grocery store is facing the possibility of eviction because another tenant in the strip mall where it's located is complaining about odors from the store. The Asian Grocery located on Moreland Boulevard has only been in business for 6 months. The owner Pranab Dash says he and his wife have put their life savings into the business and would be devastated if they're forced to close down. The property manager tells us he's heard people comment about the smell coming from the store, but there's only been one major complaint. Dash says that complaint is coming from a business two doors down doesn't even share any common walls with his business. Dash says he's spent thousands of dollars on equipment to eliminate any smells and they've stopped selling some items altogether. The property manager says The Asian Grocery has until Monday to stop the problem or they will be evicted on November 20th.