Bus services suspended as of 3 am due to strike 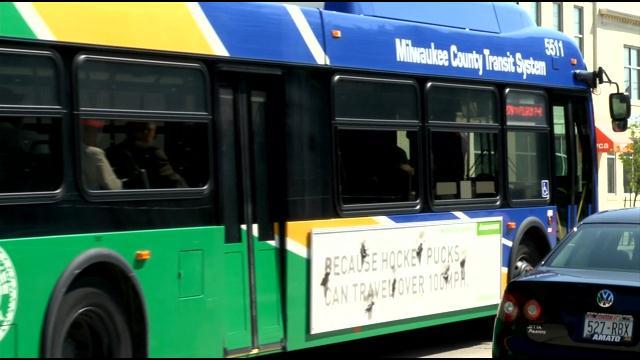 Milwaukee County Transit System bus services will be suspended as of 3 am Wednesday, July 1.

Bus Union Leader James Macon held a press conference where he said the $62,000 salary that has been mentioned by MCTS was not correct.

Milwaukee County Transit Spokesperson Brendan Conway said they met several times with union leaders to strike up a deal.  \"Time after time they have been saying over the last week, it's not about wages. Today we said, 'Okay, what can we do to get this done? They said, '8 million dollars more in salary increases over two years.' It's always been about the money and they have not been honest to the public about it,\" said Conway.

Macon said the county has been \"lying all along\" during negotiations.

The bus union said they tried to meet with the county, but the county refused arbitration.

\"We did not have any attempts to strike,\" Macon said. \"We are not going to inconvenience our passengers.\"

Milwaukee County Executive Chris Abele is confident that a deal will soon be agreed, according to a press release by Abele.

“The Milwaukee County Transit System is a critical tool for economic development and self-sufficiency, and I am proud of our record of maintaining routes and excellent service without raising fares,” County Executive Abele said. “Taxpayers ride the bus over 150,000 times every single day. In choosing to strike, ATU is punishing County residents that rely on bus service.”“From low income workers to Summerfest attendees, the ATU's decision to strike has far reaching consequences for the people of Milwaukee County,” Abele said. “To be clear, the final added concessions today represent our last, best offer. Anything more than this is unsustainable in our County budget and would be irresponsible to the taxpayers we serve.”

Summerfest's Don Smiley spoke to the strike's effect on Summerfest.

\"It's no secret that this is happening during Summerfest. This will negatively impact Summerfest, our attendance, and business,\" Smiley said. \"Three days out of 11 days without buses is an eternity, even one day. It has an impact.\"

Summerfest estimates 15 to 20% of attendees use buses to get to the festival.

Summerfest is investigating options for workers who use the bus.

\"This didn't happen in February, it's happening to the build up to July 4th. I will say this, this is the 48th year for Summerfest. Summerfest has a lot of staying power. I think people will find a way to get here. I can't tell you we'll meet our projected attendance, but I think people love this festival and they will get creative to get here,\" Smiley said.

MCTS has released this statement:

MCTS presented a contract proposal on Friday that would have increased bus drivers and mechanics pay in exchange for some health care concessions. The average MCTS bus driver will make more than $62,000 this year in salary and overtime.

In an attempt to avoid a strike, MCTS made significant concessions to the union today, including:

A matching $1,000 Flexible Spending Account for employees to help offset modest increases in healthcare costs. The previous proposal was $500. Capping the amount of part-time drivers MCTS will hire. Some flexibility for how mechanics use their personal time. Despite numerous recent statements from union leaders that their contract dispute was not over money, the union came to the bargaining table today to ask for $8 million in increased wages.

\"After the Administration's failed attempt for an out of state for profit company to manage our transit system, the County Board successfully acted to bring greater direct accountability to the Milwaukee County Transit System. The Transit system reports directly to the County Executive's Administration.

Could the County Executive have prevented this service shutdown by stepping in with a fair compromise? What is his plan to end this failure as soon as possible so county residents can get to work and ride safely to and from summer fest can resume. We need real leadership and management now more than ever.

We still don't even have an Airport Director. It's clear he's spent a great deal of time in Madison. This failure to lead at home hurts the local economy, our tourism industry, and I'm concerned may put our residents at risk during Summerfest.\"
Share this article: