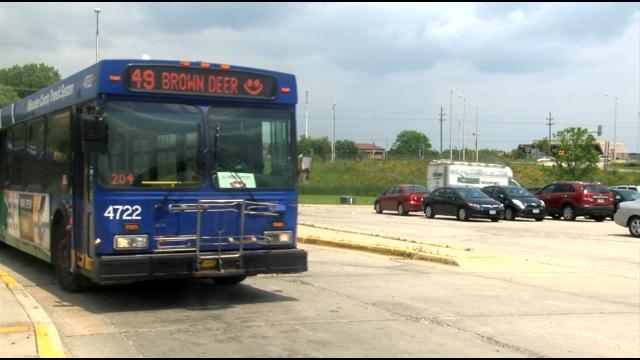 Transit union leaders will keep bus drivers working, but want a new contract from Milwaukee County.  The transit union representing Milwaukee County bus drivers held a news conference early Monday morning.  Union President James Macon apologized to those who were affected by the strike last week.  Macon says the issue is not about money - instead the union wants to ensure there are no part-time drivers added to the force.  He says adding part-timers who don't pay into the pension plan and have no benefits is a non-starter.  Macon also said there needs to be changes to the bathroom break policy.  He says there are drivers who wear \"diapers\" and have \"kidney issues\" because the bathroom breaks are too short.

Milwaukee County says the current contract offer is a good one.  They also say it's as far as they can go on certain issues.  The county hopes to resolve the issue with a new contract to avoid another possible strike.

\"This is not about us,\" MCTS Spokesman Brendan Conway said Monday.  \"This shouldn't be about union leadership.  This should be about serving the people who rely on transit.  When we go to the contract negotiating table, we have to think about that.  We can't just think about this month, this year, or even next year.  We have to think about what a contracts means for MCTS and ridership, two years, five years, ten years down the road.\"

The county will release plans about potential reimbursements for the three-day strike this week.