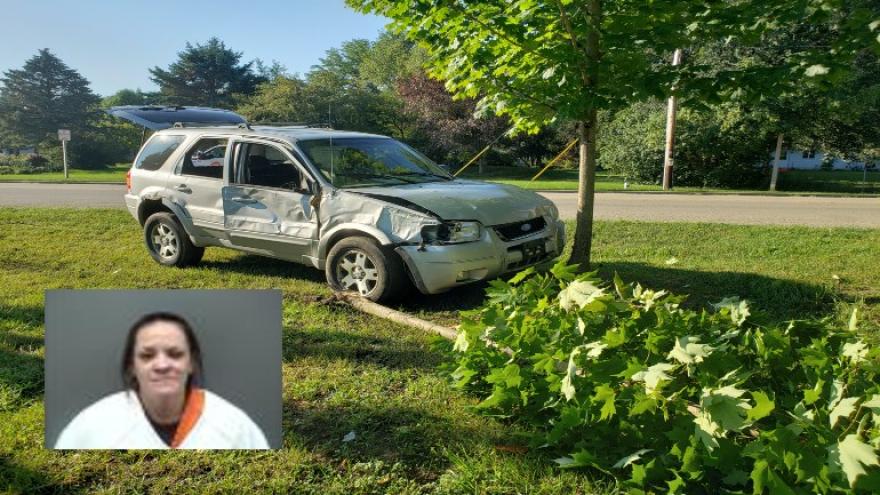 BURLINGTON, Wis. (CBS 58) -- A Burlington woman was arrested for her fourth OWI following a single-vehicle accident on Wednesday, Sept. 1.

It happened around 7:35 a.m. near Chestnut and Travelers Run in Burlington.

Police say the vehicle left the roadway, crashed through a mailbox, and knocked down a small tree. Officials say no one was injured.

Upon arrival, deputies spoke to the driver, Katrena Rudolph of Burlington, and subsequently arrested her for felony operating while intoxicated fourth offense.

it was also revealed that Rudolph was impaired from the consumption of multiple drugs, officials say. Rudolph admitted she had consumed marijuana and different pills before driving her car.