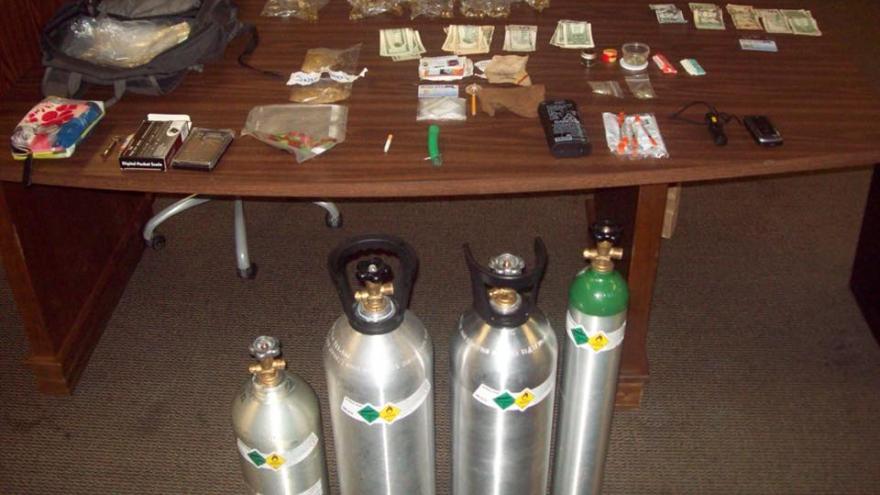 BURLINGTON, Wis. (CBS 58) -- Two men from Massachusetts have been arrested after police located drug paraphernalia in their vehicle.

Burlington Police made contact with two men sleeping in their vehicle in the parking lot of a local business around 1:38 a.m. on June 22.

The men told police that they were originally from Massachusetts but currently homeless and in town for a Grateful Dead concert.

Officers observed drug paraphernalia in plain view inside the vehicle.

During a search, officers located marijuana, THC edibles packaged for sale, an unidentified white powder, a digital scale, and over $1,300 in cash.

The two men are now facing charges of Manufacture/Deliver - THC, Possession of Drug Paraphernalia, and Possession of Nitrous Oxide with the Intent to Inhale.

They remain in custody in the Racine County Jail.