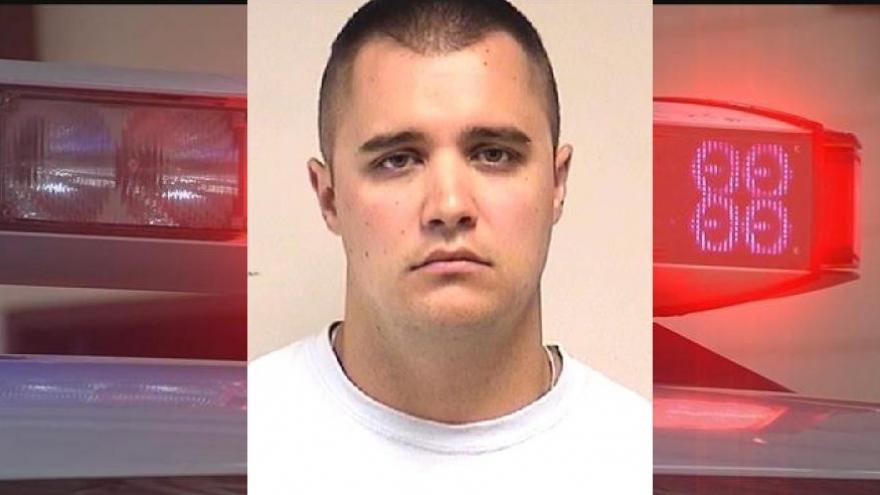 BURLINGTON, Wis. (CBS 58) -- A Burlington Police Sergeant has resigned after allegations of sexual harassment. Sergeant Matthew Baumhardt has been charged with misconduct in office and two counts of third-degree sexual assault.

The Burlington Police Department was made aware of the allegations that happened July 29 and place Baumhardt on administrative leave on August 1. Baumhardt resigned on August 23. He was a K9 officer and his dog, Zander, is being reassigned to a new handler.

The woman said she was walking barefoot when she tripped and fell on railroad tracks injuring her feet and legs and when she got up again the officer called out to her. The woman walked over to the officer and asked him for a ride home which he said he could not give since she wanted to go outside his jurisdiction area. She asked if there was someone else that could give her a ride at which point he told her to put her hands on the squad car so he could pat her down. During the pat down the woman claims Baumhardt touched her inappropriately under her spanx. He then said he would give her a ride home if she "would be down to do me a favor?"

The officer reported the events differently and said that the woman stumbled on him and then claimed that he touched her inappropriately. Baumhardt told detectives that the woman said she would make a rape complaint against him if he did not have sex with her.

Baumhardt said he took the woman to an old warehouse he used for K9 training and had sex with her. The woman said Baumhardt told her several times that she had to keep it a secret. She told detectives she never said "no" during the intercourse because the officer had a gun and a dog and she was afraid he would retaliate or leave her in the warehouse. In the criminal complaint, Baumhardt said he felt like he was raped because she blackmailed him into sex.

The officer then drove the woman to her apartment. When she woke up she texted her friend what happened and immediately reported the incident.

Baumhardt was on duty during the entire incident and dispatch said he did not check in between 1:47 a.m. and 3:24 a.m.

"As Mayor of the City of Burlington, I will not allow the action of one individual tarnish our men and women of our police department. They serve and protect our community to the highest level.

"All our citizens and employees have the right to work in an environment free of all forms of unlawful harrassment, discrimination, and retaliation.

"The City of Burlington Police Department is a strong community advocate that strives to keep our streets safe."