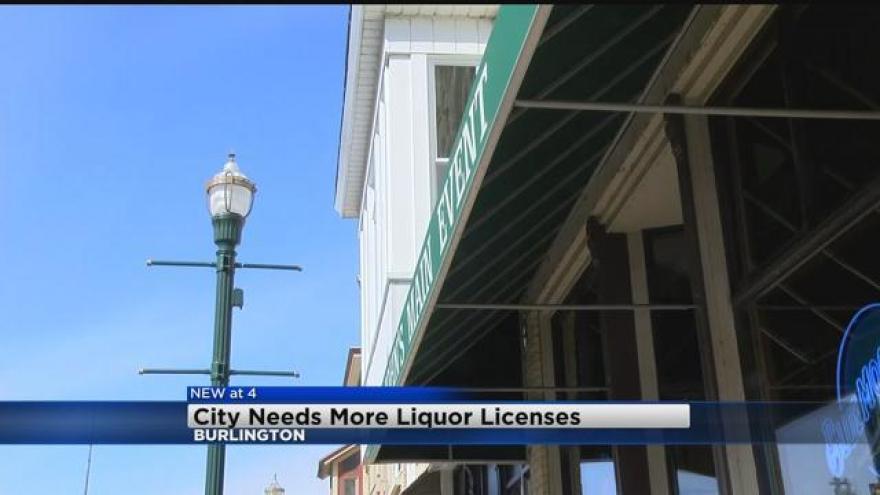 The city of Burlington said it doesn't have enough liquor licenses to meet growing demand in the city. Now it's looking for other options.

Officials said it's a problem for many small communities across the state, and they said if something doesn't change, they could end up paying the price.

The city of Burlington is out of class B licenses, which allow businesses to sell beer, wine and spirits.

Now the city is looking into purchasing a license from nearby Spring Prairie, which is willing to sell one of its licenses for $12,500.

State law says communities are limited to a certain amount of liquor licenses based on population.

The law also says a town can only ask to purchase licenses from communities within a two mile radius. City leaders say they've been speaking with legislators about changing this law  and mention that the law is preventing more businesses to come to the area.

"We've got a lot of growth that's coming into the city. When that happens, you know there's going to be employees that are going to want to move within the community. If you are locked on whether there's liquor licenses or the types of foods that you have here, it just becomes challenging,” said Carina Walters, city administrator for Burlington.

Four business owners are waiting for a liquor license to open.

The city gives them out on a first come, first serve basis.