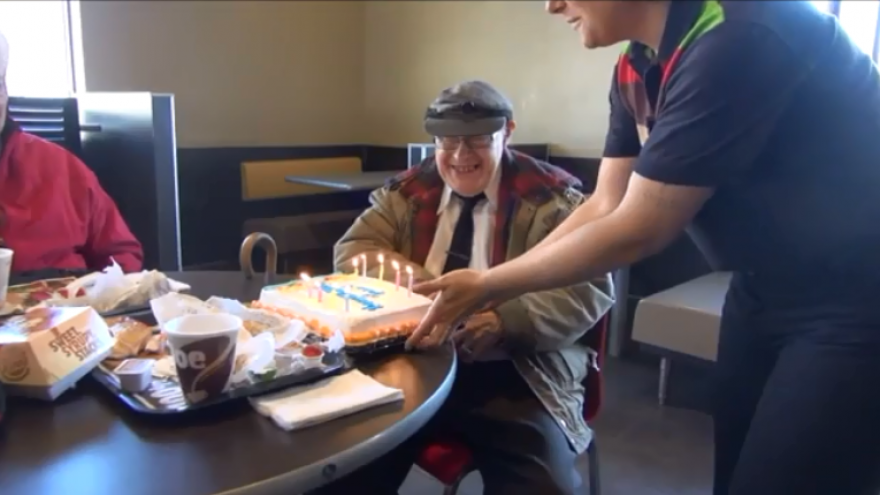 Harold Rinehimer has walked from his apartment to the Burger King in Nanticoke every day, twice a day, for nearly two decades.

When employees found out this was his 80th birthday, they planned a little surprise party for when he arrived Tuesday morning.

"I guess I like the stuff down here, the food, the times, and I see good friends down here," Harold said.

Good food, good times, and good friends for his birthday, Harold was surrounded by it all and you could not wipe the smile off his face.

"He happened to be sitting here. I walked in to place an order. The next thing we know, we start chatting and got to be friends," said Nick Indelicato.

That was over a decade ago. Now, whenever Nick and Harold run into each other, they share a meal together. Nick was on hand for Harold's special birthday party. 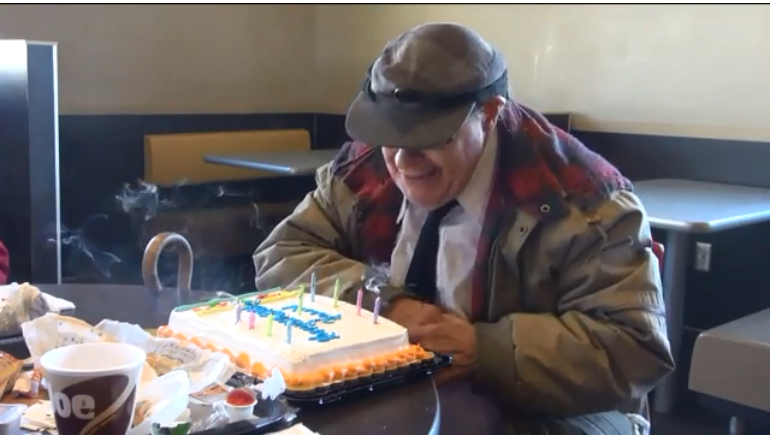 "That was a nice thing they did for him, it is. He was really surprised, so that was nice," Nick said.

"It brought a smile to his face and made his day, so, of course, it made my day," said Burger King manager Elizabeth Phenotti.

Harold walks about five blocks to this Burger King on West Main Street twice a day, every day, no matter what the weather.

"Faithfully, rain sleet, snow, shine, he always makes it here. I think it's awesome that he's lived to be 80. Hopefully, he has a lot more years," said Burger King employee Audam Fogle.

Everyone agreed Harold looks pretty good for 80 and that it must be all those burgers.

Throwing a party for a loyal customer obviously isn't in their job description but still, employees felt it was the right thing to do.

"It's just doing something nice for someone, making someone feel special. He sure needs it, he's a wonderful person to feel special," Phenotti said.

Harold says life goes by too fast and to enjoy it while you can. He shared this message:

Employees also gave Harold a card signed by everyone and a Burger King gift card. Harold will go back again for dinner for a burger or Whopper Junior. He also hopes to buy himself a new record player as a birthday present to himself.