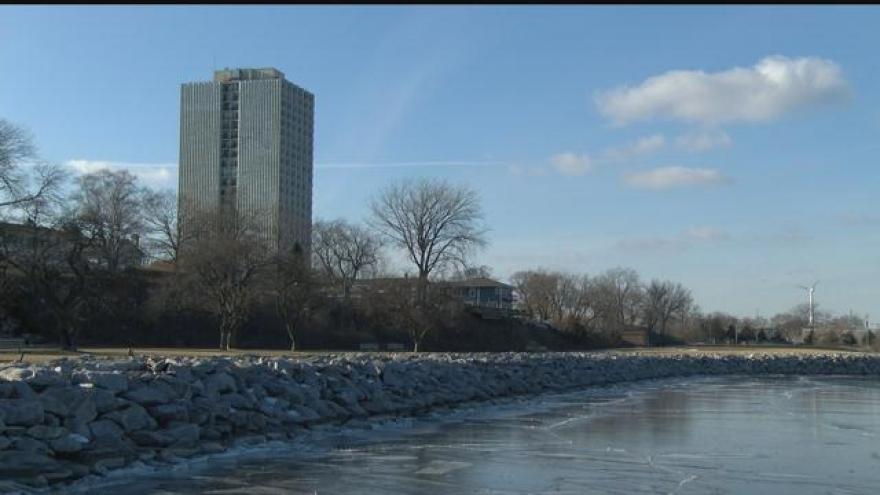 The Bay View neighborhood is on edge after a bullet flies through her condo – on the 13th floor overnight.

Joan Lohneis says she woke up Sunday morning to find a bullet hole in her window.

"I looked to my window and saw a big crack," Lohneis tells CBS 58. "I thought maybe it was a bird and then there were two holes. But being on the 13th floor, I couldn't imagine how that would have happened."

Police in District 6 Tells CBS 58 News that they believe it happened either late Saturday night or early in the next morning at Bay View Terrace Condominiums.

Lohneis says the bullet flew through her window and torpedoed into her kitchen, where it became lodged in her refrigerator.

She was told by police that the bullet came from a high-powered weapon, and that it was so deep inside of her fridge, that they can’t remove it.

"I was just surprised," recalled Lohneis. "I hadn't heard anything I slept right through it. Now after hours have gone by and I'm thinking about it. It's frightening to know that that can happen anywhere."

Lohneis says that police believe the condominium was the target, but not her home specifically.

"I think I'll always think about it. Until they catch the person who does it, it will be in the back of my mind. Should I sit in front of the window? Walking out to my car, I think I'll look around a little closer."