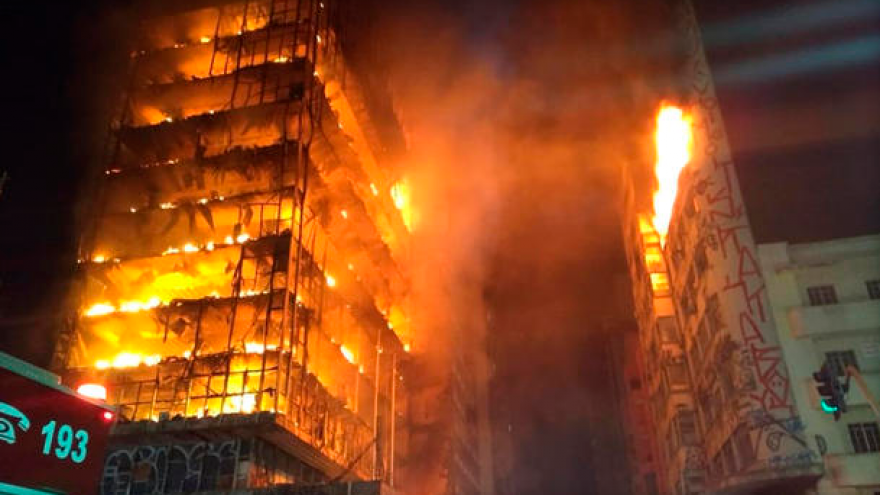 SAO PAULO, BRAZIL (CBSNews) -- A burning building in downtown Sao Paulo has collapsed as firefighters worked to put out a fire that began in the middle of the night. Firefighters said Tuesday they believed there were victims but did not yet know how many.

Globo TV, which was covering the fire, captured the collapse. Images show the multi-story building falling on itself as flames rage. Debris could be seen smashing into the ground and occupying surrounding streets.

Local media outlets reported that the building was formally a headquarters for the federal police but had been abandoned for many years and was frequently occupied by squatters.

Firefighter Lt. Andre Elias told Globo TV that they expected to find victims but did not know how many. It wasn't clear how many people were inside when the fire began around 1:30 a.m.