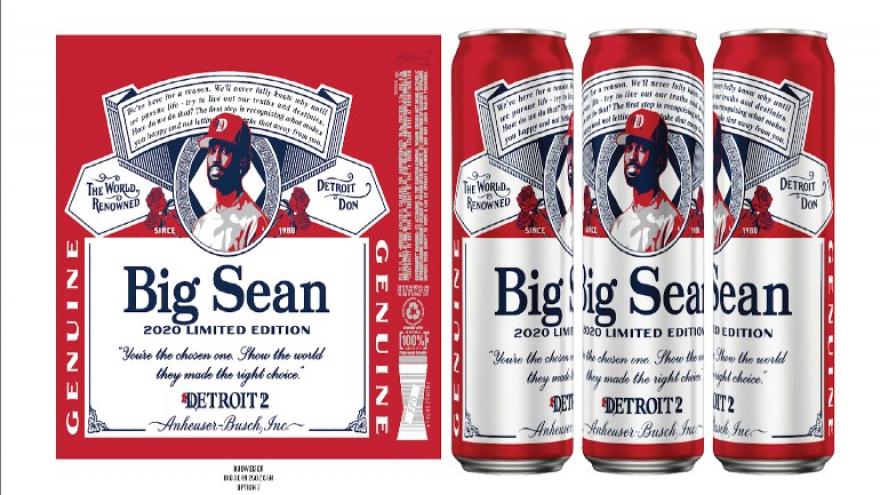 DETROIT, Michigan (CBS 58) --- Budweiser is teaming up with rapper Big Sean to rlease a limited edition tall boy 25 ounce can ahead of the rapper's fifth album release.

Dubbed the King of Detroit, Budweiser will be releasing the limited-edition Big Sean Tall Boy can throughout Michigan beginning Sept. 28.

According to officials, the cans pay homage to both his hometown and the place that inspired two of his albums, Detroit, and the newly-released Detroit 2.

The cans feature notable elements of Big Sean's music career, including the name of his new album, his iconic Detroit hat, and the can font is the same font as his Detroit 2 album font.

The creed on the can replaces the traditional Budweiser creed at the top and reads, "You're the chosen one, show the world they made the right choice."