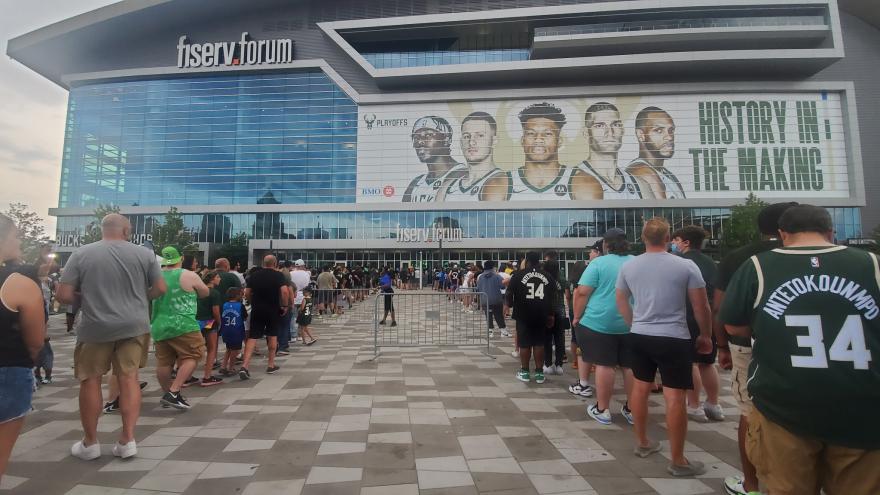 MILWAUKEE (CBS 58) – The Milwaukee Bucks announced in a release Thursday, Oct. 14 that the team will commemorate their 2021 NBA Championship during the season-opening night against the Brooklyn Nets on Tuesday, Oct. 19.

The Bucks also announced that ticketed fans that would like to see the Ring Ceremony and Banner Unveil are encouraged to arrive early and be in their seats by 5:45 p.m.

Fiserv Forum entrances will reportedly open at 5 p.m. on Tuesday, Oct. 19, for the ceremony with tipoff set for 6:30 p.m.

The Bucks will also reportedly host an outdoor watch party for the season-opener in the Deer District for fans.

In Thursday's statement, the Bucks said a large screen set-up will be placed on the north end of the Deer District plaza with gates opening at 5 p.m. for fans interested in watching the game.