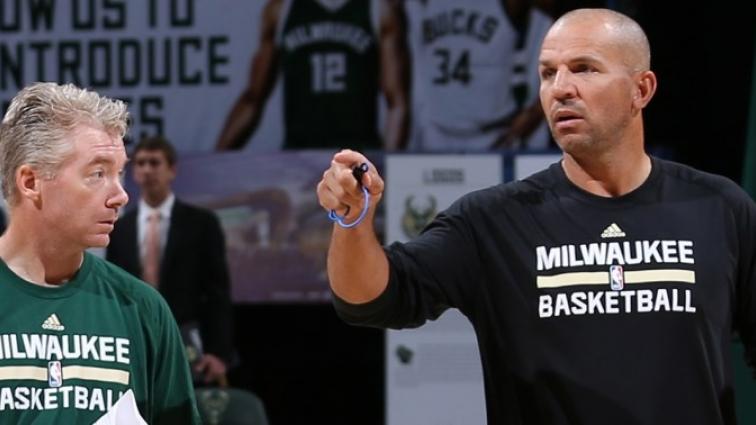 The Milwaukee Bucks have extended the contract of Head Coach Jason Kidd, the team announced today.

According to a release by the team, the agreement will keep Kidd in his position with the Bucks organization through the 2019-20 season.

“Our goal remains to be a consistent contender for NBA Championships and we believe that Jason Kidd is the right man for the job,” said Bucks co-owner Wes Edens. “In terms of preparing, developing and relating to today’s players, we think there is no better fit to lead our young and talented roster. We are excited that Jason will continue to call Milwaukee his home.”

Kidd was hired by the Bucks on July 1, 2014, and helped lead the Bucks to a 41-41 record and the 6th seed in the 2015 Eastern Conference Playoffs in his first season in Milwaukee.

“I greatly appreciate the confidence that our owners have placed in me by signing me to this extension,” said Kidd. “We have a hard-working group of coaches that want to teach our young players and help them reach their full potential. We still have work to do but we’re committed to the goal of building a team that consistently competes for titles.”