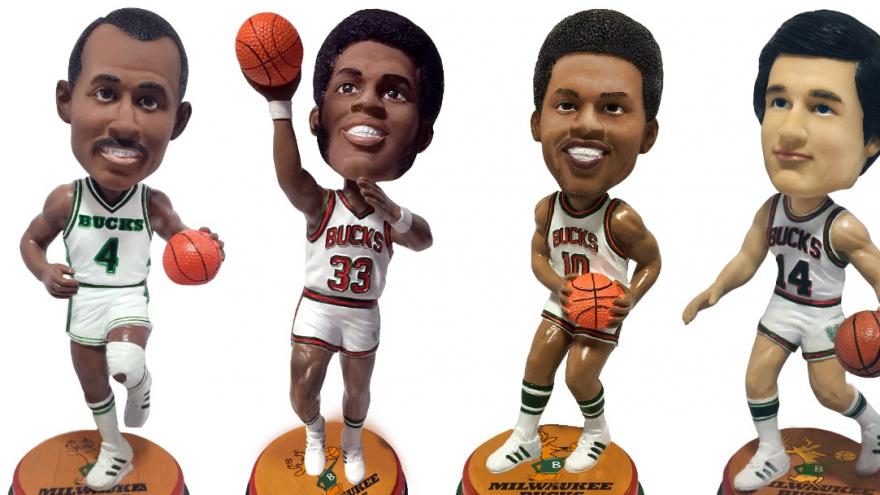 MILWAUKEE (CBS 58) – In conjunction with the team’s 50th Anniversary season, the Milwaukee Bucks are introducing a new way for fans to celebrate with the Legends of the Rafters Bobblehead Series powered by Johnson Controls. On select Bucks home games throughout the remaining 2017-18 season, fans can purchase a ticket and receive a Bucks legend bobblehead starting at just $29.

The bobbleheads feature some of the Bucks legends who have their respective numbers retired and hung in the rafters of the BMO Harris Bradley Center. A full list of Bucks home games and bobbleheads for the Legends of the Rafters Bobblehead Series powered by Johnson Controls, is below:

Fans can purchase all seven games in the series, and receive a bonus eighth game on March 21 vs. the Los Angeles Clippers, for just $192. Single game tickets for each of the seven games are available now. For more information on the Legends of the Rafters Bobblehead Series powered by Johnson Controls, or to purchase tickets, visit www.bucks.com/bobbles.