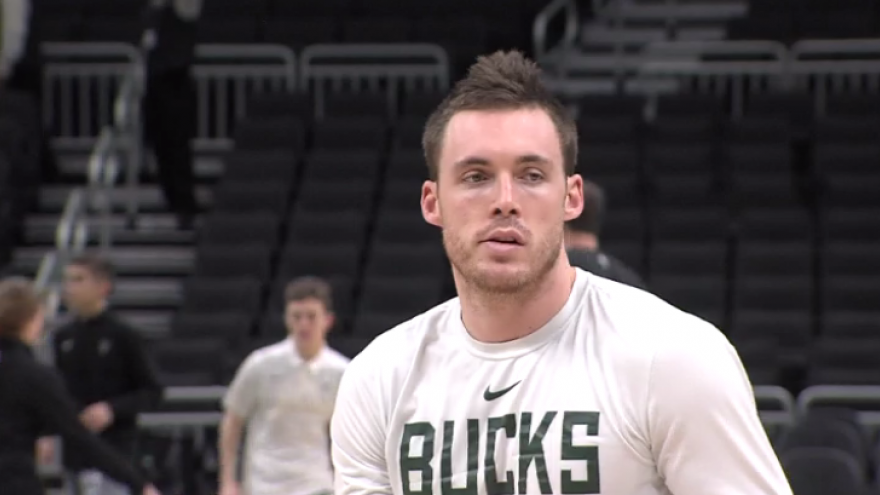 MILWAUKEE (CBS 58) -- Pat Connaughton of the Milwaukee Bucks has issued an apology after making a Cameo video which has been shared widely across social media.

The Facebook page 'Support Our Blue' originally posted the Cameo video which said in part, "Hey Thin Blue Line, have a great holiday season. We only back you when you come to Fiserv. We don't take much overall pride with the blue."

Support Our Blue has since taken down the video.

Connaughton issued a public apology on Twitter Sunday in response to the Cameo video which said  "I am very sorry for the Cameo video I taped the other day. I have always supported the police 100 percent, I have several relatives who are police officers, and am grateful to all of the officers who protect us everyday. Based off how the app works, the script I read was provided to me by a Cameo customer and I recorded the message without doing my due diligence to find out what it meant. While someone with obvious bad intentions was behind this request, I should have first researched what I was being asked to read. I deeply apologize."

Connaughton went on to mention that in the video he is reading off of a script that was provided to him by a Cameo customer and he recorded the message without doing his due diligence to find out what it meant.

Please see my message below in regards to the Cameo video pic.twitter.com/k9xmSbDtYr

Cameo is a website which allows fans to book a personalized shoutout, aka a Cameo video, from their favorite talent. The video is then sent to them via a downloadable link.