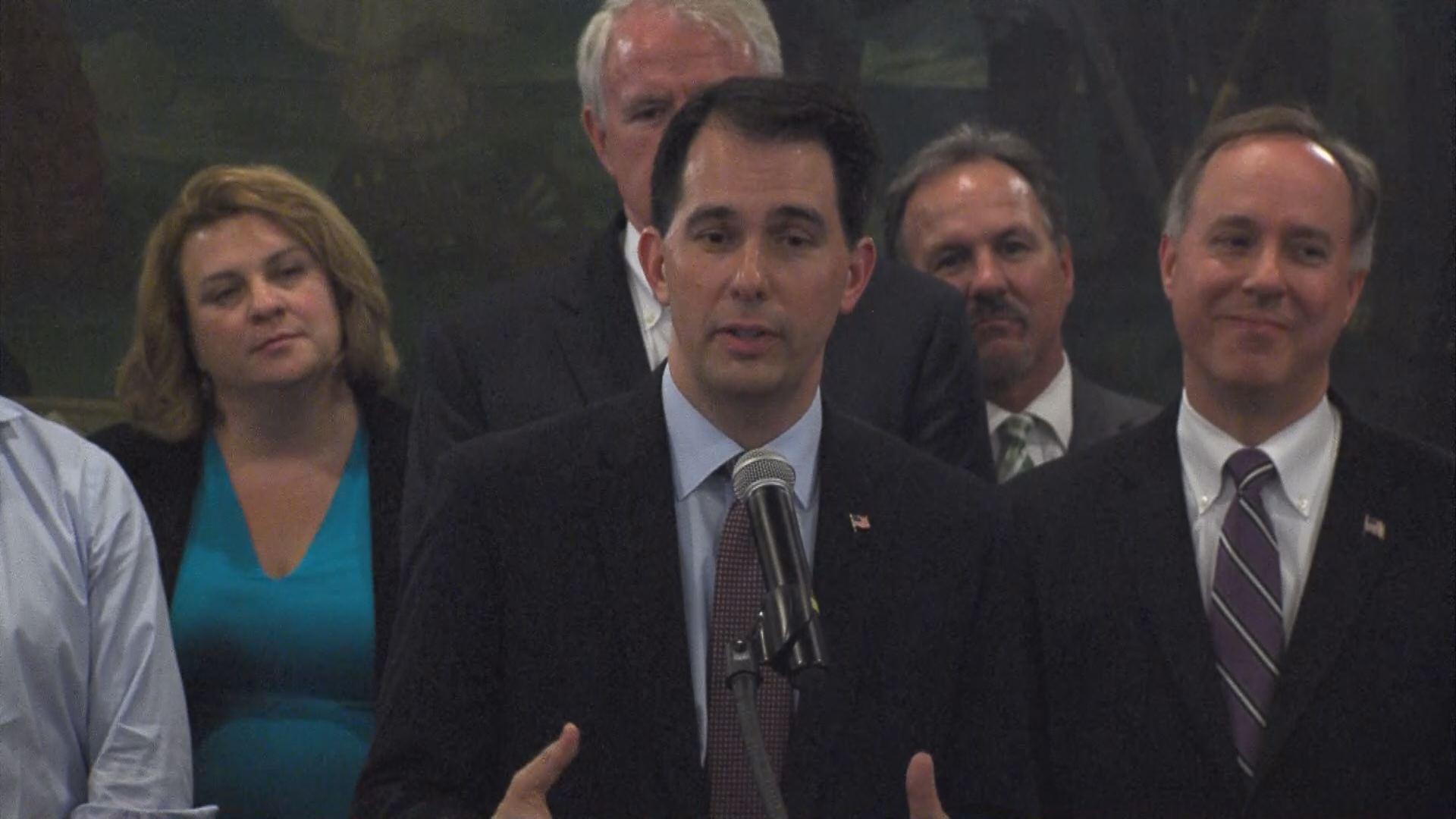 Walker said the deal will authorize no new taxes on people in Wisconsin.

Here are the details on how the plan breaks down:

· State and local governments will fund $250 million, or half of the total project costs, toward building the new arena without tax increases or state bonding.

o The state puts forward $4 million per year for 20 years, with the total state investment capped at $80 million.

o The city will contribute $47 million through the creation of a TID and paying for a parking structure in upfront cash.

o The county contributes $4 million per year over 20 years through a state debt collection agreement.

Caps state contribution at $80 million toward the arena project.Caps the total public contribution to the arena project at $250 million. · Claw back provisions included to protect both the state and local governments. If the Bucks leave they will have to pay back the public investment. The payback will be proportional to dollars contributed.

· Any cost overruns would be paid by other sources, but not the state.

· Maintenance and operations will be paid for by the team, not by the state or local governments.

The team and its partners will contribute 50 percent of the cost of the project with local funding coming in at 39 percent and the state contribution estimated at 11 percent of the total cost.

“We're incredibly thankful for the leadership and commitment of state, city and county officials to put together a viable financing framework for this public-private partnership to build a new sports and entertainment district in Wisconsin. While there is still a lot of work to be done in a short time frame, this is a big step forward in our collective effort to build a transformative economic and cultural asset in downtown Milwaukee. We will continue to work closely with our public partners to make sure this historic effort is successful.”