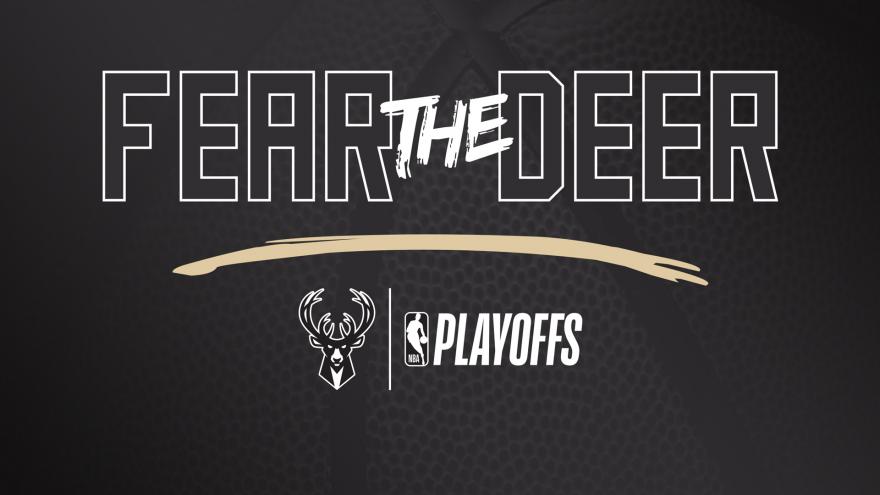 MILWAUKEE (CBS 58) -- With the Milwaukee Bucks back in the playoffs for a second consecutive season, the team is inviting fans across the state to be part of the excitement.

Opening their First Round series on the road against the Boston Celtics, the Bucks are hosting a pair of viewing parties in Milwaukee at two Bucks Bar Network locations. Fans can also cheer the deer with the Wisconsin Herd at two additional viewing party locations in Green Bay and Oshkosh.

When the Bucks return to Milwaukee for Games 3 and 4 of their First Round series, fans can be a part of Bucks Fear the Deer Pep Rallies before each game, which will include live entertainment, food and drink, and the opportunity to win tickets to that day’s game. The pep rallies will take place on the corner of Fourth and State Streets, and large viewing screens will be available for select games for fans to watch the game right outside the BMO Harris Bradley Center.

For fans attending Games 3 and 4 of the series, the Bucks and their partners at Johnson Controls and the Milwaukee Journal Sentinel will be giving away Fear the Deer themed T-shirts to all fans for both games (photos attached). Very limited single-game tickets remain for the Bucks first two home playoff games.

Fans who want to gear up for the playoffs can purchase the latest official Bucks playoff merchandise. The Bucks Pro Shop inside the BMO Harris Bradley Center will be open Monday through Friday from 10 a.m. – 4 p.m. throughout the team’s playoff run (starting Monday, April 16).

More details on any future viewing parties and pep rallies will be released at a later date. For more information, or to purchase tickets to an upcoming playoff game, visit the Bucks playoff hub at www.bucks.com/playoffs.

Here’s a complete look at the schedule of events for the upcoming week:

Where: Corner of Fourth and State Street next to the BMO Harris Bradley Center

Where: Corner of Fourth and State Street next to the BMO Harris Bradley Center