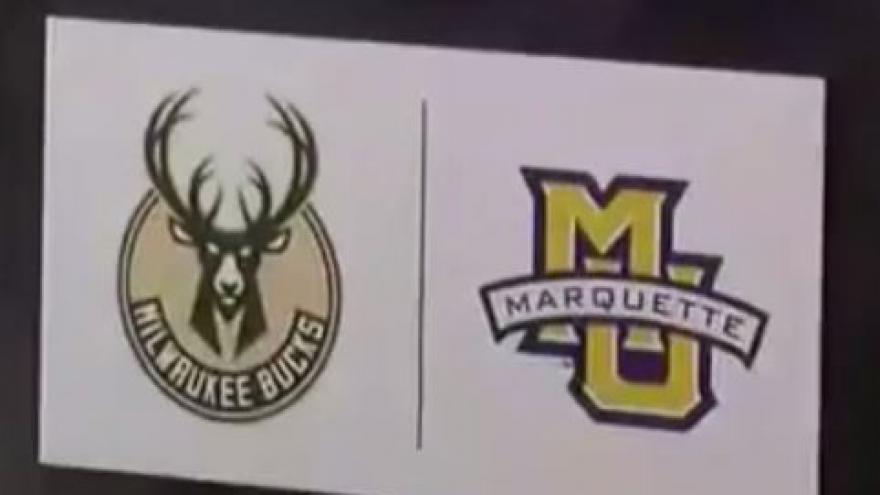 The Milwaukee Bucks and Marquette University are making it have announced the Golden Eagles will be making the new downtown arena their home starting in the 2018 season.

The two teams have shared the BMO Harris Bradley Center for 30 years, but Marquette’s President says this new facility is a game changer.

“When I walked in today I was just blown away about how intimate this is going to feel and I couldn't be more excited that the Bucks new arena is now our new home as well,” says Marquette University President Michael Lovell.

It’s a seven year deal between the Bucks and Marquette. Both teams will play another season at the Bradley Center before making the move.

Earlier this year, we learned the new arena will host NCAA tournament games in 2022.