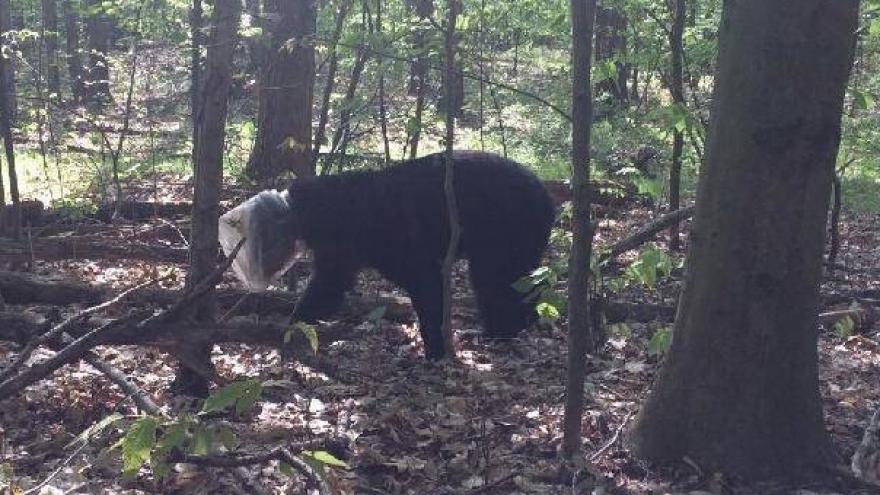 KIRKWOOD, N.Y. (CBSNewYork/AP) — A black bear spotted for weeks in rural New York state with his head trapped in a plastic food jug has been rescued from his plight.

State wildlife officers near Binghamton received a call April 24 from a woman who said a black bear with a bucket stuck on its head was in her yard. Other residents reported seeing the same bear.

State wildlife biologists captured three bears in traps over the next weeks but none was what had been dubbed the “bucket head” bear.

A homeowner called the Department of Environmental Conservation’s Kirkwood office after spotting the bear in their backyard, and wildlife biologists tracked it to a nearby property May 19.

They tranquilized the animal, removed the container from its head, and later released it into woods, where he “he shot out of the trap like a cannon,” the Department of Environmental Conservation wrote on its Facebook page.

“The ‘bucket’ turned out to be a clear container used to hold bulk pretzels or cheese puffs,” the DEC said.