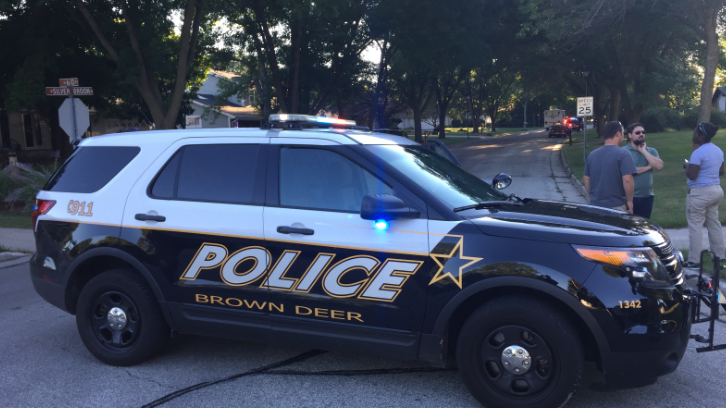 This afternoon around 4:00 p.m., Brown Deer Police Officers responded to a report of a male subject inside of a residence armed with a 44 magnum gun who was threatening to harm his parents who he reportedly had tied up.

Officers responded to the residence of 6205 West Silver Brook Lane in a tactical nature and secured the surrounding area.

Early in the incident, it was learned there may be explosives involved and a larger perimeter was established.

The residents at 6205 West Silver Brook Lane followed officer’s commands and exited the house peacefully. They remained cooperative throughout the incident and requested the police department verify the safety of the residence prior to their return.

The Milwaukee County SWAT and Bomb Squad were on site and cleared the residence at the request of the owner.

"It was a threat where we needed to respond in a tactical nature and bring in extra resources to make sure the neighborhood was safe and verify that everyone returning home was going to be safe tonight," explained Officer Brad Caddock.

No explosives or additional threats were found in the house.