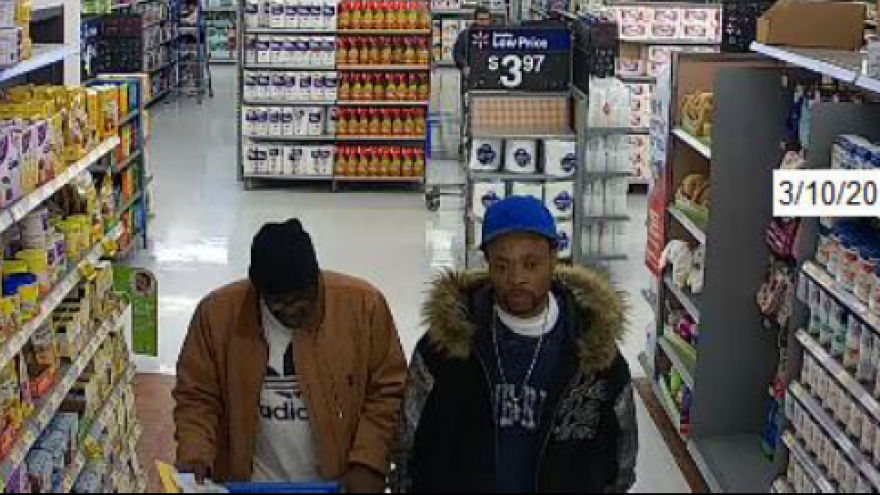 The first one happened on February 14th. Several individuals entered a Walmart in the Village of Bellevue. A female wearing a white jacket requested change from the cashier after her transaction was complete. The female went back and forth exchanging money with the cashier until the female got $67.77 extra from doing what is referred to as a "quick change" scam. The woman in the white coat then fled the area with the other two individuals pictured below.

On March 13th, two male subjects were also involved in a "quick change" cash scam. The males attempted multiple registers until they were able to convince a cashier to make change. Confusion tactics were used to obtain approximately $350.00 in cash.

If you know who these individuals are or if you have any additional information, you're asked to call The Brown County Sheriff's Office at 920-621-4916.