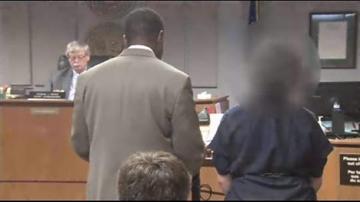 WAUKESHA -- The brother of one of the suspects accused in the stabbing of a 12-year-old girl in Waukesha gave an interview to the British newspaper The Daily Mail.

He said his little sister could not tell the difference between, 'dreams and reality'.

'If you looked at my younger sister you'd see a normal happy 12-year-old. She's just got a couple of weird interests, \" he said. \"Personally I think she found Slender Man on YouTube, took an interest and then read up on it.\"

Slenderman is the fictional horror character the girls accused in the stabbing told police they wanted go live with after following through with their plan of murdering their friend.

The brother said his sister loved the Slenderman stories and the \"Creepypasta\" website they were posted on.

The suspect's brother goes on to say that his sister is intelligent but lacking in common sense, explaining that this was out of character for her.

\"I just wish she had enough common sense to tell the difference between what is real and what isn't,\" he added.

He believes she didn't understand the ramifications of what she was doing.

As for the feelings of his family right now, he said \"I'm shocked like anybody would be if it was their little sister, it does happen, but when it does, it's a surprise to everybody.\"