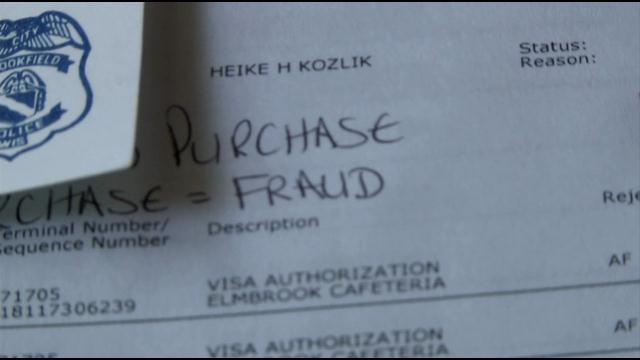 After a Brookfield woman wants to warn others about swiping their debt or credit cards at Summerfest.

Heike Kozlik says someone made purchases that added up to several hundred dollars on her visa. On Monday her bank notified her that they had frozen her account after flagging the unusual purchases. Those purchases appeared immediately after her trip to Summerfest.

\"While working with the police we learned there seems to be a connection between the last time I used my card and the compromise,\" Kozlik said.

She was also surprised to learn from police that there has been similar complaints surrounding beer purchases at Summerfest.

CBS58 reporter Veronica Macias reached out to Summerfest for comment on this story. They did not have any statement regarding the issue before this story went on air.

However, Kozlik who also called Summerfest organizers, says she was told they were not liable for the vendors and any possible credit card theft.

\"Milwaukee has the honor, once a year, to host one of the largest music festivals in the world. People come from all over, near and far.We shouldn't have to be worried about the safety of our cards or our accounts.\"