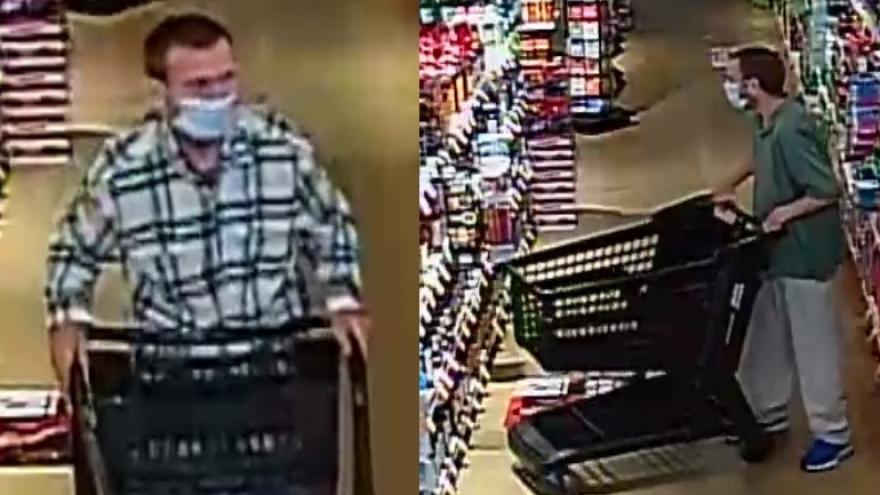 BROOKFIELD, Wis. (CBS 58) -- Brookfield police report the suspect accused of stealing liquor from a Metro Market store has been identified.

BROOKFIELD, Wis. (CBS58) -- Brookfield police are asking for the public's help to identify and locate as suspect who is wanted for stealing liquor from a grocery store.

According to police, the suspect took 24 bottles of liquor from the Metro Market on Bluemound Road.  It happened Tuesday, October 19.

They say he returned on Thursday, October 21 and took another 28 bottles of liquor valued at approximately $1,800.00.

Anyone with information is asked to contact Officer Eaves at 262-787-3702 or via e-mail at eaves@ci.brookfield.wi.us.  To make an anonymous tip, contact Waukesha County Crime Stoppers by calling 1-888-441-5505, through the website at www.stopcrimewaukesha.com, or through the new P3 phone app that can be downloaded through either the App Store or Google Play.