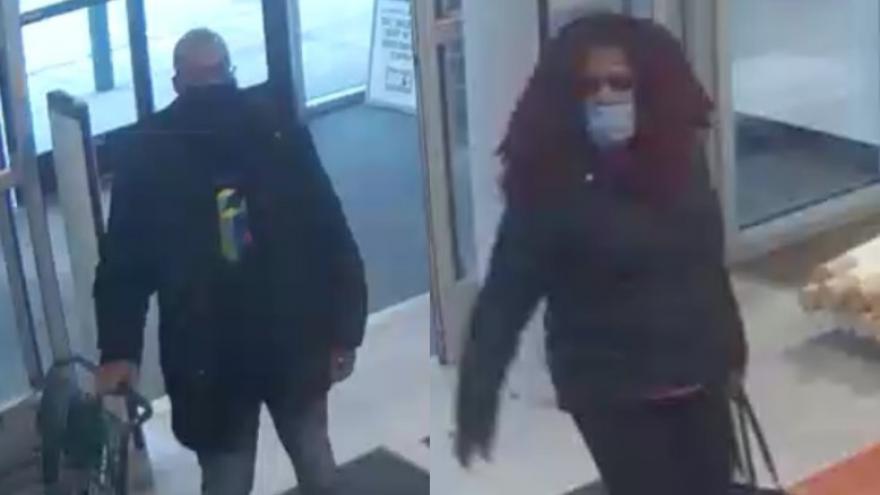 BROOKFIELD, Wis. (CBS 58) -- Brookfield police are asking for the public's assistance in identifying suspects in a retail theft that occurred on Jan. 4.

Police say a man and woman entered Dick's Sporting Goods around 3:03 p.m. and put five pieces of clothing into a backpack totaling $462 before leaving in an unknown silver, two-door vehicle.

Suspect 2 is described as a Black female in her late 30s, approximately 5'3" tall, 190 pounds with red, dyed hair.